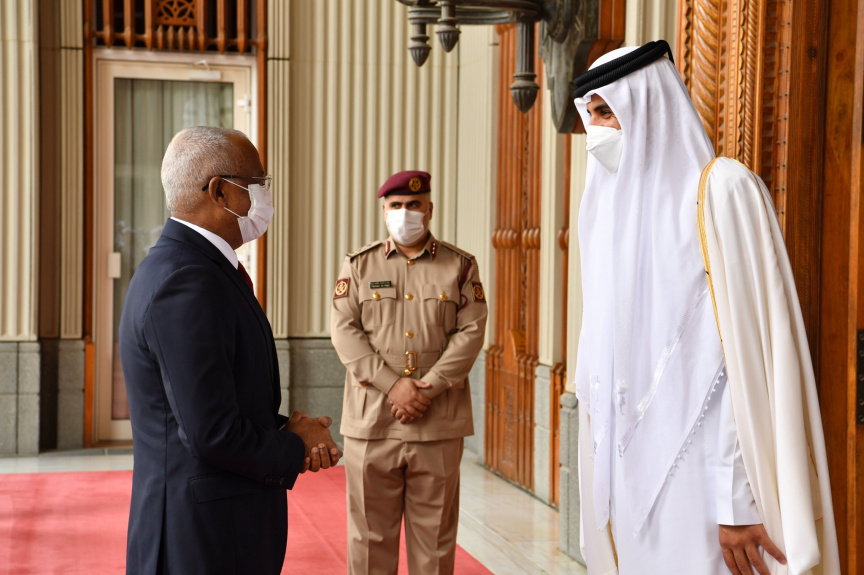 President Ibrahim Mohamed Solih on Sunday greetings and well wishes to the Amir of the State of Qatar, His Highness Sheikh Thamim Bin Hamad Al Thani, for a successful FIFA World Cup 2022.

The World Cup is hosted in Qatar this year.

In his message, the President wrote to Amir saying that he was confident that the tournament would live on in football fans' memories for years to come.

He also said that Maldives and the rest of the world eagerly anticipate a vibrant opening ceremony highlighting the rich culture and traditions of Qatar, followed by exceptional sportsmanship over the next few weeks.

Furthermore, President Solih expressed delight that a Muslim country hosted World Cup this year and added that it was encouraging to watch the Qatari administration deal with the many challenges that had been placed in its path in the run-up to the competition with such professionalism and foresight.

Notable, the first match was set between hosts Qatar and Ecuador, at the Al Bayt Stadium.