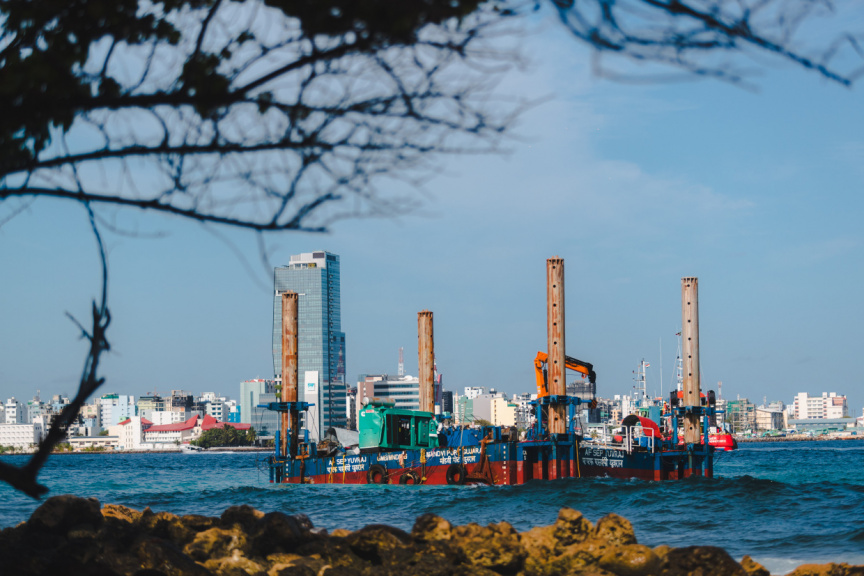 It was refloated after nearly two weeks, on August 27. Meanwhile, the cleaning of the debris from the area was completed on September 4. Photos shared by EPA in September following their survey showed the incident resulted in four large craters on the reef.

Sun has received a copy of the letter sent by the Environmental Protection Agency (EPA) to Afcons – informing their decision to fine the company by MVR 69, 411, 800. The letter states that the fine must be paid within 30 days.

EPA has sent a copy of the letter dated last Sunday to Transport Ministry, Environment Ministry, Defense Ministry, and the Attorney General’s Office.

In a statement to Sun early today, EPA’s Director General Ibrahim Naeem said that it was not legally favorable at the moment to disclose whether Afcons have been fined.

He detailed that there were due processes pending which still need to be completed for legality. Therewith, he said whether Afcons has been fined, or not, will be disclosed upon completion of this work.

Coral reefs provide images of a world under assault