EPA: Not legally favorable to disclose whether Afcons has been fined at the moment 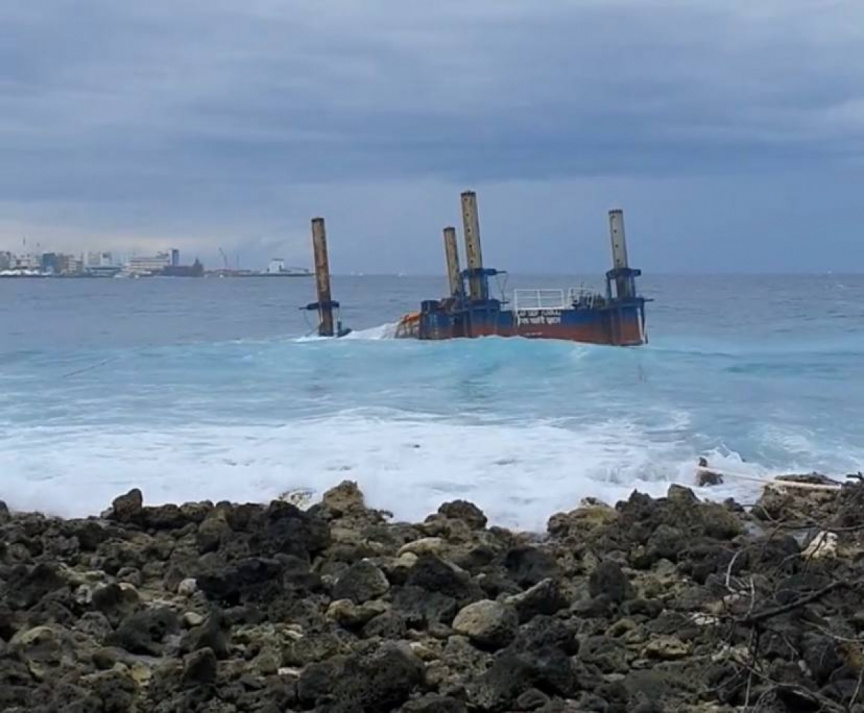 Environmental Protection Agency (EPA) has stated that it is not legally favorable at the moment to answer the question on whether India’s Afcons Infrastructure undertaking the construction of the Thilamale’ Bridge has been fined with respect to the damages caused to Vilimale’ reef from the wrecking of a self-elevating platform used in the construction of the bridge.

It was refloated after nearly two weeks, on August 27. Meanwhile, the cleaning of the debris from the area was completed on September 4. Photos shared by EPA in September following their survey showed the incident resulted in four large craters on the reef.

When asked whether Afons has been fined, EPA’s Director General Ibrahim Naeem said that it was not legally favorable at the moment to answer the question.

“We have not announced anything yet. There are matters that need to be finalized before such an announcement can be made," he added.

Naeem detailed that there were due processes pending which still needs to be completed for legality. Therewith, he said whether Afcons has been fined, or not, will be disclosed upon completion of this work.

Afcons conducted their own assessment of the damages to Vilimale’ reef and submitted their report as they were discontent regarding the severity of damages reported by EPA following their survey.

Whilst three months have passed since the wrecking – Naeem in a statement on November 8 said that damage assessment and formulation of subsequent reports were still ongoing.

Naeem has previously stated that actions will be taken against Afcons if necessary, following the completion of their investigations.