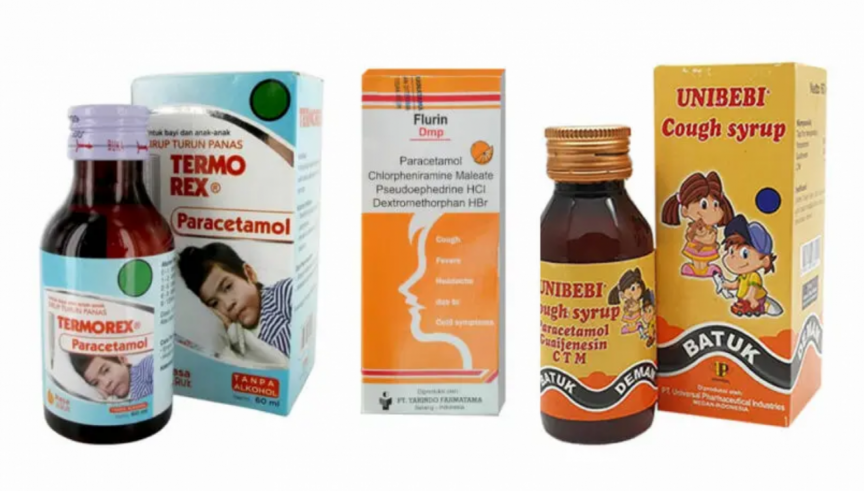 Some of the medications WHO has issued a caution against. (Photo / WHO)

Maldives Food and Drug Authority on Sunday urged caution against eight substandard products, identified in the WHO Region of South-East Asia.

The medications identified are:

In the announcement made by WHO's Medical Product Alert, it noted that these products have been in Indonesia and publicly reported by the national regulatory authority (Badan POM) on 20 and 30 October 20221. It also added that these may have marketing authorizations in other countries, and might have been distributed, through informal markets, to other countries or regions.

Furthermore, it stated that these medications contain unacceptable amounts of ethylene glycol and/or diethylene glycol as contaminants: this has been confirmed by laboratory analysis of samples by the authorities in Indonesia.

Substandard medical products are products that fail to meet either their quality standards or specifications and are, therefore "out of specification"2.

Ethylene glycol and diethylene glycol are toxic to humans when consumed and can prove fatal. The toxic effects can include abdominal pain, vomiting, diarrhoea, inability to pass urine, headache, altered mental state and acute kidney injury which may lead to death.

MFDA stated that as a precautionary measure, special care will be given in allowing medications, and also searches will be conducted in ports.

Moreover, MFDA urged any with information regarding these medications to reach out to the authority at the earliest.

Fake version of injectable for wrinkles in circulation