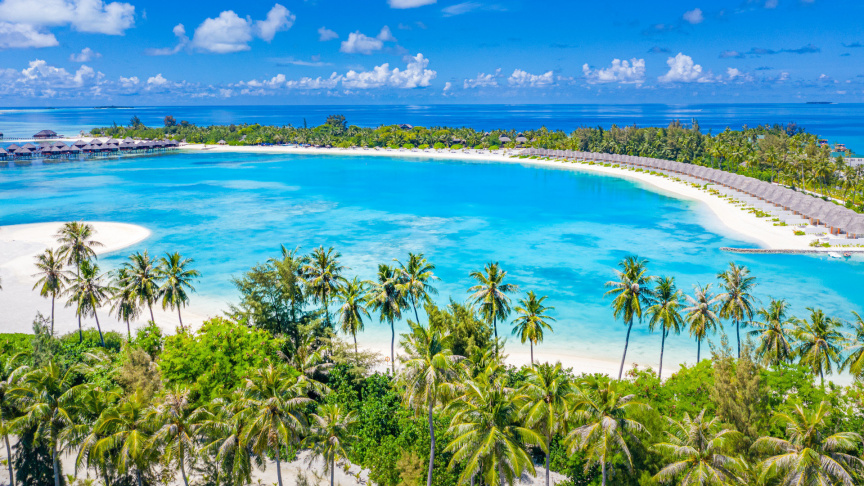 The sea-side hotel, developed on a small island reclaimed in the lagoon of Olhuveli, opened November 1.

This adults-only hotel is now open for guests above the age of 16. The island is connected to Olhuveli by a bridge and boasts 98 rooms, including beach rooms, water villas, and private rooms.

The hotel offers amenities such as watersports, a fitness room, and 5 restaurants, of which 4 are à la carte, and 2 bars. The resort also offers guests the option of booking rooms, finding information about the hotel, a community wall, and more on their app.

They also have infinity pools and private pools that come attached to private rooms.

TUI stated that guests at TUI BLUE Romance Island can use the many facilities, such as tennis courts, spa, and hair salon, from Olhuveli Island. This resort is the fourth resort opened by heavy hitters in the tourism industry, TUI, in the Asian continent.

The travel agency revealed that they will keep on widening their business all over the world, with hotels opening in the middle east and Africa. They said that they will focus more on Asia.

Maldives has seen more than 11,000 tourists this year