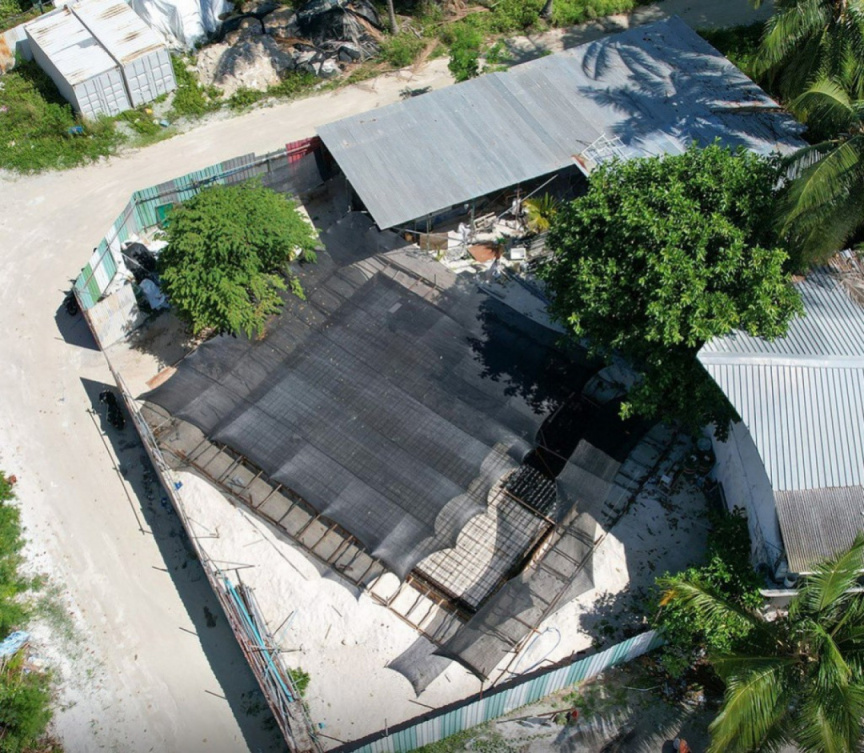 Work underway at the location in Farukolhufushi, Hulhumale' Phase II where ‘Esjehige Ganduvaru’ will be relocated to. (Photo/HDC)

Housing Development Corporation (HDC) is seeking a contractor for the development and operation of a local cuisine restaurant in the area in Farukolhufishi, Hulhumale Phase II, where ‘Esjehige Ganduvaru’ (Esjehige) has been relocate to.

Esjehige was among the most historically significant landmarks in Male’ City, and one of the oldest buildings as well. The building situated in Mendhuziyaaraii Magu, near Bandeyri Koshi, was last used for the operations of a café, before HDC commenced preservation work and transfer of location, as part of efforts to conserve a part of Maldivian history.

HDC has announced for interested parties to undertake the refurbishment, management and operation of a local cuisine restaurant, alongside Esjehige to submit their Expression of Interest (EIO) before 14:00pm on November 23.

The corporation commenced the preservation work and transfer of Esjehige to the ‘Heritage District’ being developed at Farukolhufushi in April of this year.

Esjehige was built in the 1870s, by Esjehi Ganduvaru Maafaiy Kilegefaanu, a renowned builder during the sultanate of Imaadudheen 6. This was during the same period of time when the old Friday mosque and the Minaret were built. The building showcases infamous traditional Maldivian woodwork, and the origins of the beautifully carved wooden panels are said to be linked with shipwrecks from the distant past.