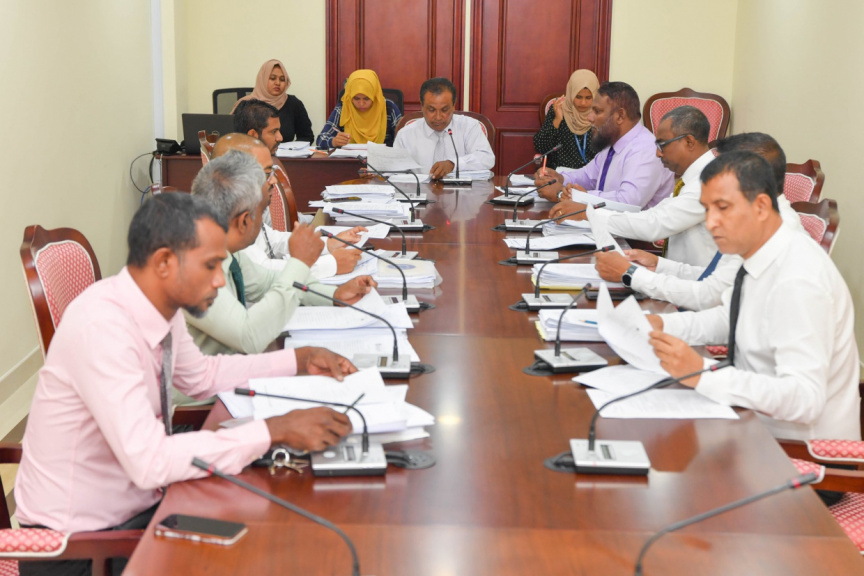 Parliament’s Committee on Secondary Legislation had decided to meet rebroadcasting companies regarding the most recent amendments made to the rebroadcasting regulation.

The latest amendment to the rebroadcasting regulation states that permit to rebroadcast in the Maldives will only be granted to companies with 100 percent local shares.

Secondary Legislation Committee held a meeting on Wednesday as well, regarding the motion submitted by Central Henveiru MP Ali Azim over this amendment. During the meeting, Dhiggaru MP Ikram Hassan proposed to summon rebroadcasting companies to the Committee.

The Committee has met with Maldives Broadcasting Commission (BroadCom) regarding the matter. During this meeting, BroadCom said that the regulation was amended to disallow companies with foreign shares to rebroadcast under the belief that Maldivians in the broadcasting business may be disempowered.

BroadCom’s Vice President Ahmed Gais said that the decision to amend the regulation was taken after discussions with stakeholders. Noting that the broadcasting business was categorized as a medium business – Gais said that rebroadcasters mostly showed content bought from foreign parties.

He also noted that the only local content of the Maldives was ones that local channels produce. He stressed that all remaining content being are shown after paying a hefty sum to foreign parties.

“As a result, a lot of profit from this business goes to foreign parties. Therewith, we made the specification in the regulation as the permit being allowed for foreign parties would further disempower locals, “he had said.

Stakeholder companies that the Committee decided to meet with respect to the regulation on Wednesday are local channels, Medianet, Ooredoo Maldives and Dhiraagu.

In yesterday’s meeting, Fonadhoo MP Moosa Siraj also proposed to send a letter to parliament speaker to facilitate a copy of the resolution submitted to the parliament regarding the rebroadcasting regulation to the Committee, as it had been submitted amidst their review.

The resolution submitted by Naifaru MP Ahmed Shiyam alleged that BroadCom brought the most recent amendment to the rebroadcasting regulation by misusing their authority, to provide benefit for a certain party.

All parliamentarians who debated on the resolution had urged to repeal the most recent amendment to the rebroadcasting regulation.

The main concern raised by all parliamentarians, in their debate, was local telecom operator, Dhiraagu, being disqualified to provide cable TV services in the Maldives, as a result of the new amendment.