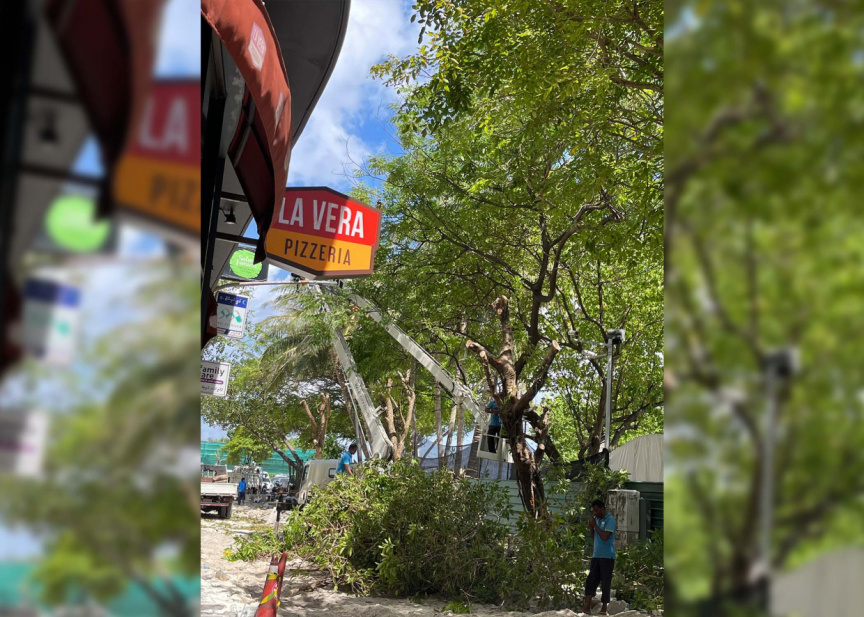 Environment Ministry’s Director General Mohamed Zahir (Meemu Zaviyani), on Sunday, stated that when planning trees on any road, they must be trees that are specially designed for the roadside.

Speaking to Sun, Zahir said that planting trees on the roadside was a separate skill and expertise. He detailed that roadside trees planted in other parts of the world were especially nurtured in nurseries, to a particular design.

Concerns over cutting down the trees in Ameenee Magu for redevelopment works have prompted a parliamentary motion and a Civil Court case.

In response, Road Development Corporation’s (RDC) Managing Director Moosa Ali Manik (Mookey) said that advice was sought from over 100 parties before commencing the project. He added that if there are any issues, the parties would bring them up.

He also added that by the end of the project, there will be ‘nice, big and safe’ trees on Ameenee Magu.

“There will be big, shady trees on that road. But it will be more organized than now, accessible to wheelchairs and without disturbing those driving on the road. Also, we will plant the trees in a manner that the roots will not disturb the nearby houses and the current network being installed right now,” said Mookey while speaking to Sun.

He noted that RDC will tend to the road and the plants for a one-year after the completion of the project.