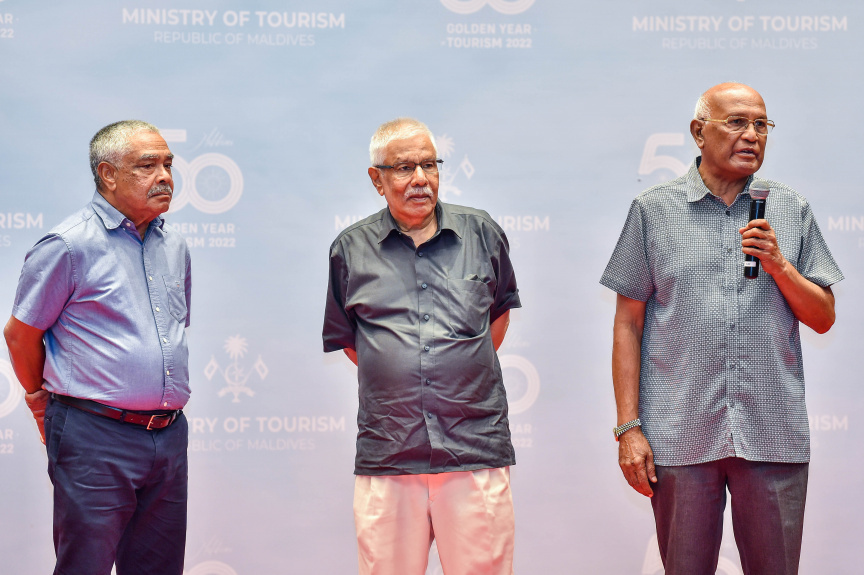 Noting that Tourism Day has been celebrated in forms of many events by previous administrations as well – one of the pioneers of Maldivian tourism, and a long-time servicer to the sector, Mohamed Umar Manik (MU Manik) has stated that service to the tourism sector has been recognized at a larger scale by President Ibrahim Mohamed Solih and his administration unlike any other.

MU Manik made the remark whilst speaking during the ‘Tourism Appreciation Reception’ held at Crossroads Maldives on Thursday night as part of the events being held to mark the 50th anniversary of the nation’s tourism sector.

In this regard, he said appreciation of service at this scale proves that the government has accepted the tourism sector – adding that Maldivians should be proud of it. He also expressed hope that more youth pursue their career in the tourism sector, to take it to further heights.

“Tonight, we have learned that this is an industry we should be proud of. That the government has recognized this as well,” he had said.

Current Health Minister of Maldives, who is also a pioneer of the tourism sector, Ahmed Naseem thanked all administrations for the support rendered to tourism sector, and for allowing industry experts to improve the sector without much interference.

Naseem also underscored that all tourism-related matters were decided upon by President Solih following discussions with industry experts. He noted that the president did not take big decisions on his own, but rather appealed to advice from others.

‘Tourism Appreciation Reception’ was held to recognize the hard work of those in the tourism industry, and to bring them together in a setting where they could network.

During the event, appreciation awards were presented to individuals who have made significant contributions to the tourism industry over the last 50 years and to prominent tourism industry professionals who had excelled over the previous 50 years.