Home Minister: Bodu Thakurufaanu had all the traits of a good leader 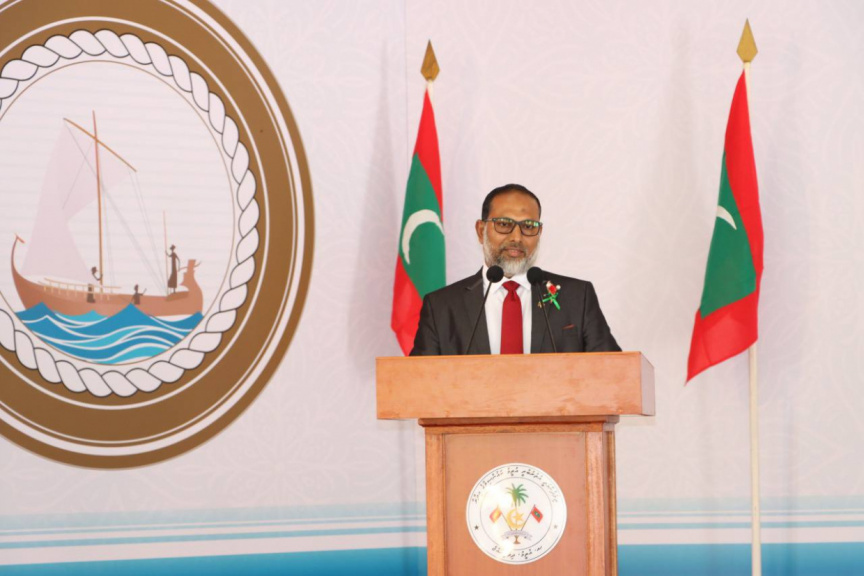 Muhammad Thakurufaanu Al Auzam (Bodu Thakurufaanu) - who defeated the Portuguese occupation in in 1573, bringing an end to 15 years of brutal colonial rule – had all the traits of a good leader, states Home Minister Imran Abdulla.

He made the remark during the function held in HA. Utheem on Tuesday morning to mark the National Day – a celebration of Bodu Thakurufaanu’s victory.

He noted that the Portuguese occupation had been one of the darkest days in Maldivian history -described as the days the Maldivian seas ran red with the blood of Maldivian children.

Imran said that Bodu Thakurufaanu, who rose from the small northern island of Utheemu during the dark times, had been a proficient commander whose struggle remains singular in world history.

“Bodu Thakurufaanu was a commander who boasted extraordinary military and naval prowess,” he said.

He had been a ruler who put academia, wisdom, patience and compassion above all else, he said.

Imran said the nationalism Bodu Thakurufaanu fought so hard to protect and regain must be delivered safely into the hands of future generations.

“The current generation must fully preserve and uphold the tenets of this country in order to deliver nationalism to future generations,” he said.