Airport should be run by Maldivians from Saturday onwards: National Movement 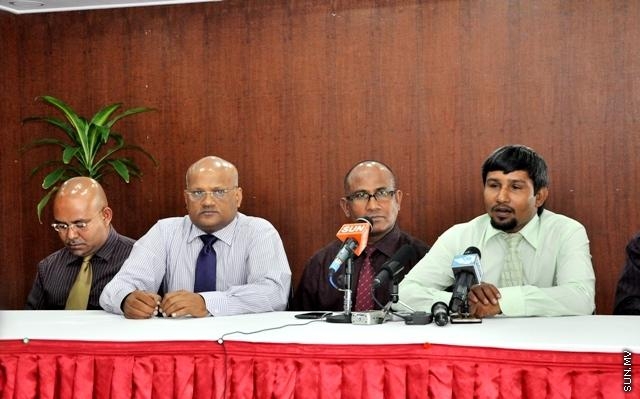 The Maldives National Movement has said that from Saturday morning onwards, the airport should be run by Maldives Airports Company Limited (MACL).

The deadline given by the Maldivian government to Indian company GMR to hand over the airport to the government will be up at midnight on Friday.

The Maldivian government, after it decided to terminate the agreement with airport operator GMR, gave GMR seven days to hand over the airport to MACL, and thirty days to remove their property.

Speaking at a press conference at Nalahiya Hotel today, Vice President of the Civil Society Coalition and Minister of State for Home Affairs Abdullah Mohamed said that GMR has the opportunity to seek fair compensation if they are not satisfied with the government’s decision. He said that however, the people of Maldives will not sit back and watch if GMR starts making excuses.

“GMR will have to comply with the government’s decision. They can seek fair compensation if they are dissatisfied. Instead of making excuses, they should be preparing to leave within the given time period,” he said.

He informed that a mass gathering, which will be attended by people all over the Maldives, is being planned for Friday night. He said that this will be the biggest protest by the National Movement to date, and that participants will not wait and watch efforts to remove GMR become a failure.