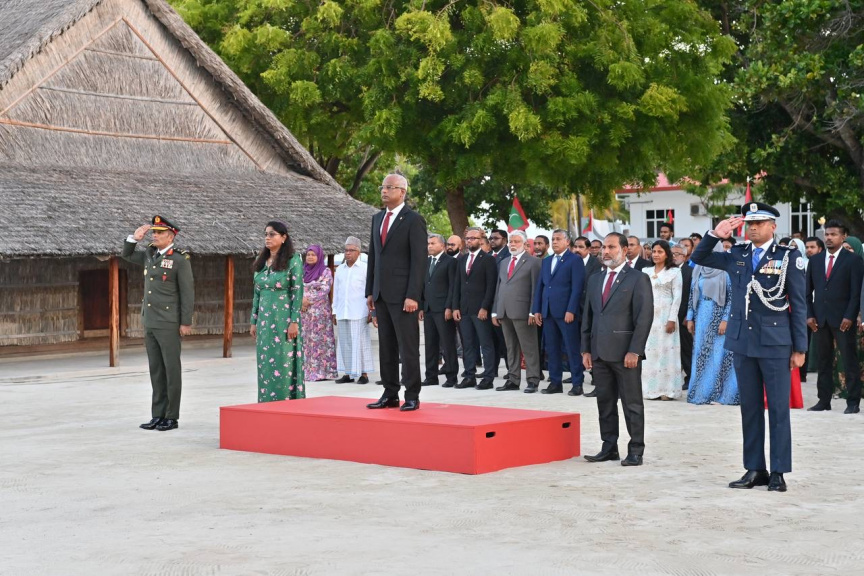 The flag-hoisting ceremony to mark the National Day was held this year in HA. Utheem – the birthplace of Muhammad Thakurufaanu Al Auzam – who, along with his companions, defeated the Portuguese and brough an and to 15 years of brutal colonial rule.

The ceremony was held at the Ganduvaru Maidhaan at 06:00 am Tuesday, and was attended by President Ibrahim Mohamed Solih and First Lady Fazna Ahmed.

The President and the First Lady were greeted upon arrival at the Ganduvaru Maidhaan by Defense Minister Mariya Ahmed Didi and Home Minister Imran Abdulla.

They were accompanied by cabinet ministers and senior officials from the government.

The ceremony concluded with a special prayer.

The National Day is marked on the first of Rabī'al-Awwal every year, to celebrate the defeat of the Portuguese occupation in 1573.