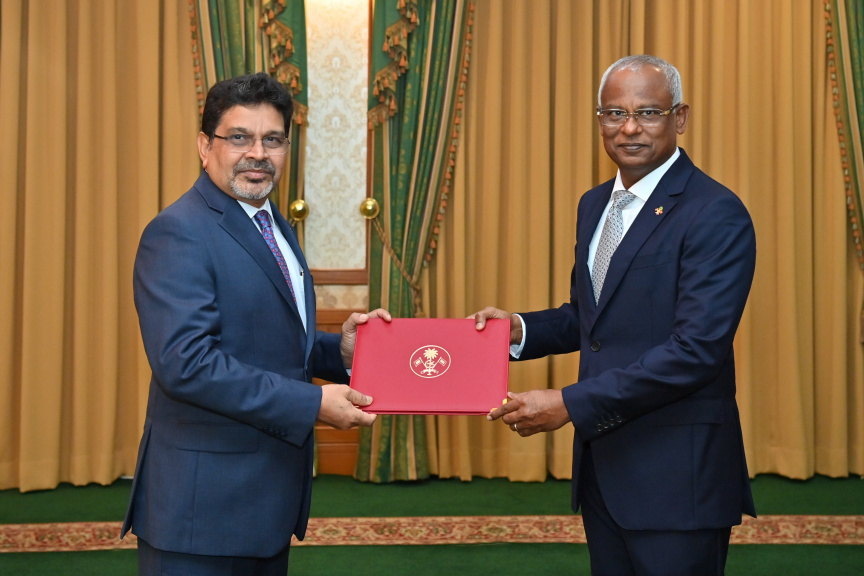 President Ibrahim Mohamed Solih, on Thursday, appointed Abdul Ghafoor Mohamed as the Ambassador of the Maldives to the United States (US).

Ghafoor’s letter of appointment was presented to him by the president at a special ceremony held at the President’s Office on Thursday morning.

He received the approval of the parliament for the post on August 18 – with the unanimous votes of 46 parliamentarians in attendance.

Ghafoor has previously served as the Foreign Secretary as well. During former President Maumoon Abdul Gayyoom’s administration – he also filled the post of the Permanent Representative of the Maldives to the United Nations.

His most recent post before his appointment as the Ambassador to US was Ambassador at Large at the Foreign Ministry.

Ghafoor attained a Master of Arts in International Relations from the Fletcher School of Law and Diplomacy, Tufts University, US, and completed a Postgraduate Programme in Diplomacy, Practice, Procedures, and Dynamics in the United Kingdom.