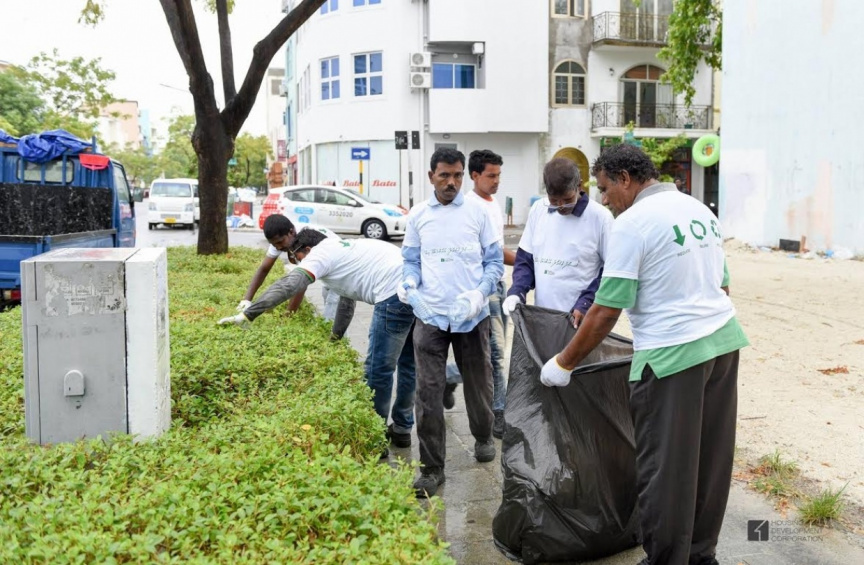 A capture from a cleanup event previously held in Hulhumale'. (Photo/HAND)

Scheduled for Saturday, the event will see participation from different government bodies including ministries and state-owned enterprises.

HDC detailed that the event is being held under its ‘Dhuniye Magey’ campaign – introduced back in June on World Environment Day. The campaign is aimed at increasing awareness on climate change and environmental protection.

‘World Cleanup Day’ is annually celebrated across the globe through clean up events on every September 17. HDC said that this year’s clean up event would the biggest such event held in Male’ area to date. Therewith, they also urged the public to partake in the event.