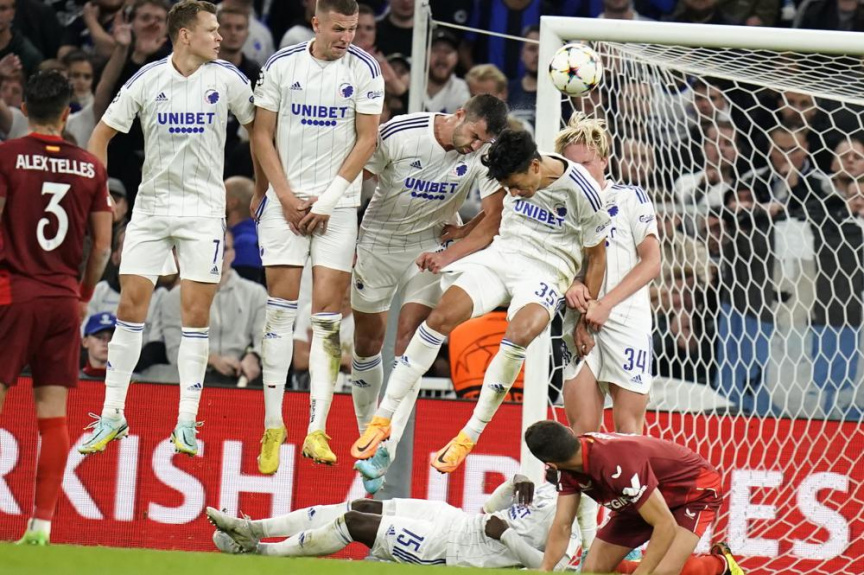 COPENHAGEN, Denmark (AP) — Copenhagen and Sevilla stayed winless in the Champions League after a 0-0 draw on Wednesday.

Both teams are in the bottom half of Group G with a point each. Manchester City leads the group with six points after a 2-1 win over Borussia Dortmund, which has three points.

Sevilla had most of the attempts on goal against Copenhagen but failed to capitalize on its chances.

“We had many chances, especially in the first half, and in the Champions League, in football generally, it’s difficult if you lack that finishing touch,” Sevilla coach Julen Lopetegui said. “On the positive side, we’ve got our first clean sheet of the season. It’s a tough stadium with a powerful atmosphere.”

Sevilla lost to City 4-0 at home, while Copenhagen fell 3-0 at Dortmund, in the group openers.

Copenhagen, making its first group-stage appearance since the 2016-17 season, is tough to score against at home. It has not conceded in its last four home games in the competition’s group stage. It lost only once in its last 13 home matches in the group stage of the Champions League, winning six and drawing six. The loss was against Real Madrid, while Manchester United, Barcelona and Juventus were among the visitors that couldn’t earn a win.

It was a special night for Sevilla midfielder Thomas Delaney, a fan favourite at Copenhagen before leaving to join Werder Bremen in Germany in 2017. The Denmark international was applauded by the home crowd when he was substituted in the second half.

Sevilla, which picked up its first win of the season at the weekend against Espanyol, has failed to score in its last five European games on the road, and is without a win in its last seven away matches in Europe, failing to score in the last five. It has won only one of its last 10 Champions League matches.

Last season, Sevilla won only once in the group stage, at home against Wolfsburg. It has won only two of its last 16 away games in all competitions this year.