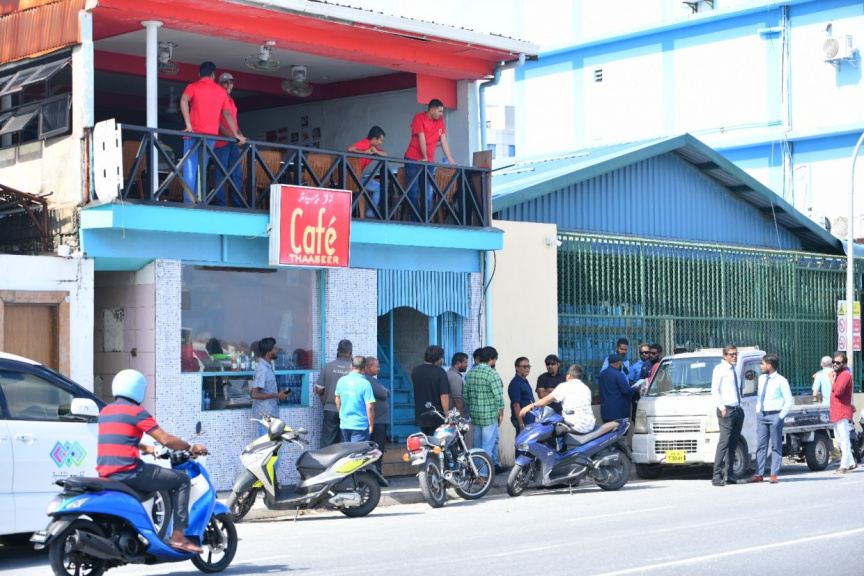 The city council on Tuesday began shutting down pay toilets in Male’ City.

A private company was contracted to operate pay toilets in four areas of the city in 2010. However, the toilets aren’t properly maintained.

The work began with the pay toilet in Thaaseer Café, located in Boduthakurufaanu Magu.

“We have given them until 04:00 pm today to vacate the premises,” said Rameez.

The council did not specify a reason for the decision.

Under a 2010 agreement, a private company was contracted to operate pay toilets in four areas of the city; Thaaseer Café, the market district, behind the Maldives Monetary Authority (MMA), and Boafolhi Café in Kurangi Goalhi (near Aifaanu Building).

However, none of the pay toilets are properly maintained.

The pay toilet in the bazaar district was previously shut down by city council.

The pay toilet in Thaaseer Café – shut down Tuesday – has some of the toilets and showers damaged and tiles missing. All switch boards are covered with plastic, and the expatriate worker in charge of looking after the toilet said it was under maintenance.

While the other two pay toilets are in better condition, none of the places meet hygiene standards. The trashcans are overflowing with cigarette cases and foils – showing the places have become drug dens.

President Solih: Defence control must be with army