PSG coach sets off storm in France with quip about flying 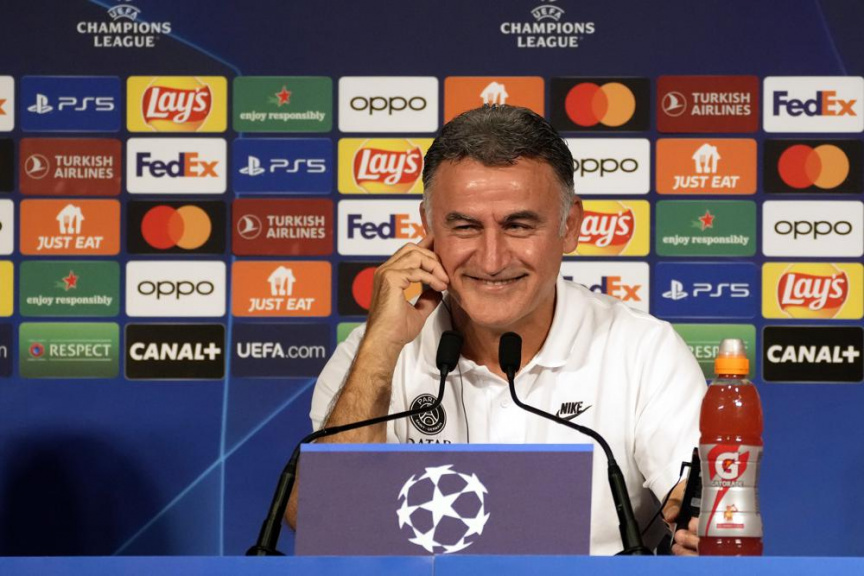 PARIS (AP) — French lawmakers and government ministers heaped criticism on Paris Saint-Germain’s coach on Tuesday after he fobbed off concerns about the team’s use of chartered flights during a national drive to save energy.

When asked at a news conference if PSG considered using more eco-friendly trains instead of flying to matches, coach Christophe Galtier quipped sarcastically that it might instead switch to using sail-power to transport its millionaire players.

Galtier initially smiled at the question, shook his head and pinched his nose, and star striker Kylian Mbappe erupted with laughter. After composing himself, Galtier said: “I thought I would get that question. To be very honest with you, this morning we spoke with the company that organizes our trips, and we’re trying to see if we can travel by sand yacht.”

Their sniggering response set off a media storm in France.

An array of politicians reacted with anger and French sports minister Amélie Oudéa-Castéra fired back in a tweet: “Mr. Galtier, we’re used to more relevant and responsible answers from you – shall we talk about this?”

With the government urging consumers to reduce fossil fuel use, both to fight climate change and to ward off feared shortages amid tensions with supplier Russia over the war in Ukraine, Galtier’s and Mbappe’s apparent lack of concern drew accusations that they were out of touch.

Ecologist lawmaker Francesca Pasquini invited Mbappe to the National Assembly to “teach you about climate issues, accompanied by your team.”

“Your coach’s ‘joke’ isn’t raising many laughs!” she tweeted.

Even France’s prime minister weighed in. “It’s important that they realize what world we live in, realize that there’s a climate crisis,” Élisabeth Borne said.

The debate about PSG’s use of short-haul flights started when an executive for France’s high-speed rail network called out the club for flying its players on a short hop from Paris to Nantes this past weekend.

Alain Krakovitch, the director of the French rail company’s TGV-Intercity service, noted the network’s high-speed trains can travel the roughly 380 kilometers (240 miles) to the western city in just under two hours. He retweeted video apparently posted by a PSG player of team members aboard their flight to the Ligue 1 match on Saturday night. Paris beat Nantes 3-0.

Addressing PSG, Krakovitch wrote: “I re-re-renew our proposition of a TGV offer adapted to your specific needs.”

In response to questions from The Associated Press, PSG said there weren’t any late-night TGV trains it could have taken back to Paris after the match, which would have forced the team to spend the night in Nantes.

The club said the team was making increasing use of buses for short trips.

Learning from past failures, PSG decides to look local