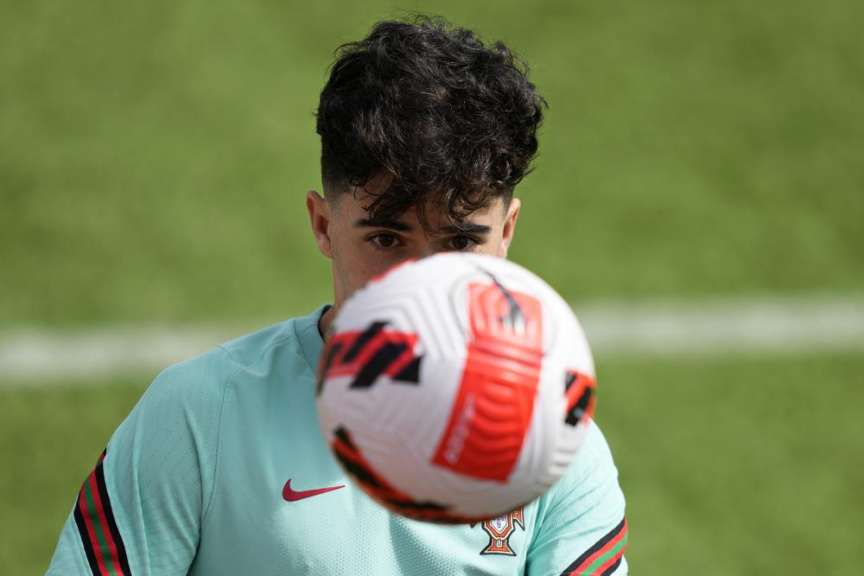 Portugal's Vitinha eyes a ball during a training session of the Portuguese soccer team in Oeiras, outside Lisbon, Wednesday, June 8, 2022. Portugal will face the Czech Republic June 9 in a Nations League match in Lisbon. (AP Photo/Armando Franca)

PARIS (AP) — French champion Paris Saint-Germain made its first signing of the offseason by bringing in midfielder Vitinha from Portuguese side Porto on Thursday.

PSG said the 22-year-old Portugal international has signed a five-year contract until 2027. No financial details were given in the club’s statement but Vitinha reportedly cost PSG 40 million euros ($42 million).

He is seen as an eventual replacement for PSG’s 29-year-old Italy midfielder Marco Verratti.

Vitinha joined two-time European champion Porto at age 11 and made his professional debut in 2020.

He was loaned to English Premier League side Wolverhampton during the 2020-21 season, making 19 league appearances and 22 overall for Wolves.

Learning from past failures, PSG decides to look local