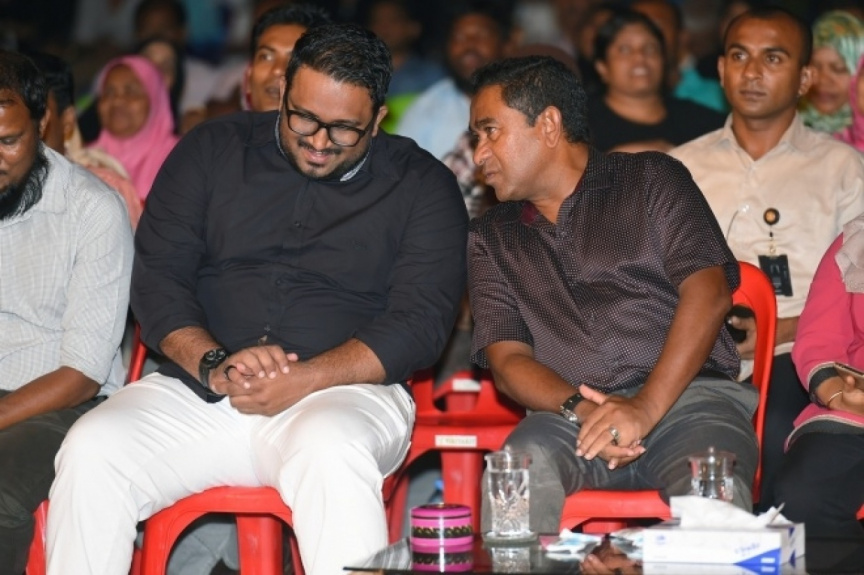 Yameen is on trial for money laundering and bribery in connection to the sale of the island.

At the hearing on Tuesday, the court heard testimony from Adeeb, who was convicted of charges related to the MMPRC corruption and money laundering scandal and is now one of the prosecution’s key witnesses.

The prosecution also sought to play the recordings which it said were phone calls between Yameen and Adeeb as evidence.

However, the defense objected to having the audios played in court.

The defense said the charges against Yameen stemmed from a 2015 case, and there were therefore no grounds to play recordings of phone calls made long before that.

The defense said they did not believe the recordings could hold any conversation related to Aarah.

He said the prosecution, however, had the option of submitting the audios as evidence.

“This involves taking a bribe by exerting influence in a transaction made through Tourism Ministry. The witness himself was produced to prove influence in this transaction. And these audios were submitted to corroborate that,” said the prosecutor.

However, the judge stuck by his decision despite pressure from the prosecution.

Zameer: I sold property to get one million for Yameen