Winless Leicester in turmoil after 5-2 loss at Brighton 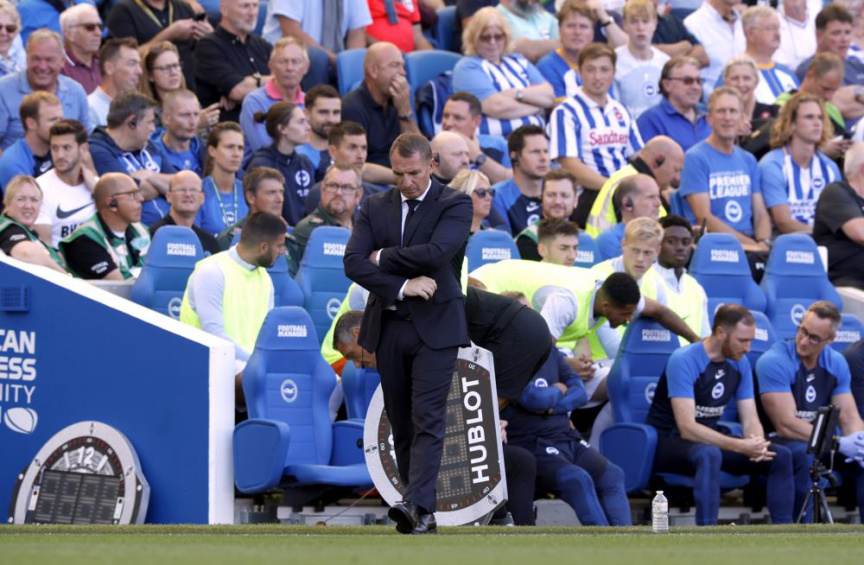 BRIGHTON, England (AP) — Leicester plunged into more turmoil in the Premier League by losing 5-2 at Brighton on Sunday to remain in last place and without a win after six matches.

Leicester manager Brendan Rodgers was already under pressure before his team’s fifth league loss of the season, with its defending particularly poor at Amex Stadium.

The visitors failed to capitalize on taking the lead inside the first minute through Kelechi Iheanacho, with an own-goal by Luke Thomas and Moisés Caicedo’s strike putting Brighton in the lead after 15 minutes.

Patson Daka equalized in the 33rd but Brighton dominated the second half, with Leandro Trossard and two goals by Alexis Mac Allister — one a penalty, the other a curling free kick deep into stoppage time — piling on the agony for Leicester.

Leicester has just one point and there looks to be unhappiness behind the scenes, with Rodgers having complained during the week that he had “not had the help in the (transfer) market this team needed.”

Leicester, which has conceded 16 goals in six matches, has been playing a midfielder — Wilfred Ndidi — at center back in recent matches while goalkeeper Danny Ward has been error-prone and a huge downgrade from the departed Kasper Schmeichel.

Garnacho gives United 2-1 win at Fulham ahead of WCup