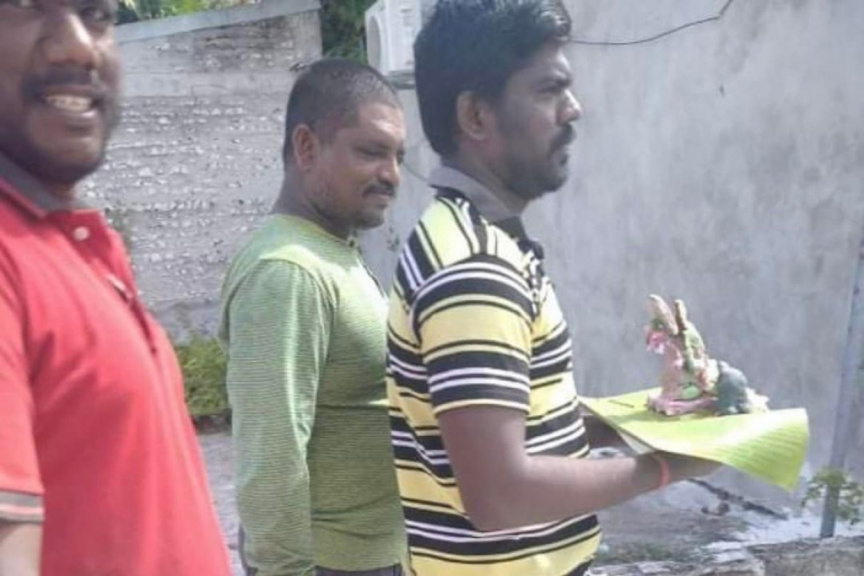 Police have made three arrests in connection to open dolatry in F. Bilehdhoo last week.

The incident involving migrant workers in Bilehdhoo walking around the island holding an idol took place on Thursday.

The court remanded them into custody of the police for 10 days on Sunday.

The council became aware of the incident when photos went viral on social media Thursday night.

“The people believed to have been involved are Indian nationals. We asked for strict action against all involved,” said Aslam.

The homes of the migrants involved were searched by police in the presence of the suspects and some locals.

One of the locals present told Sun that they admitted they made the idol themselves.

Open practice of idolatry is prohibited in Maldives.