VP Faisal: School leavers must be capable of earning a living through skills learnt 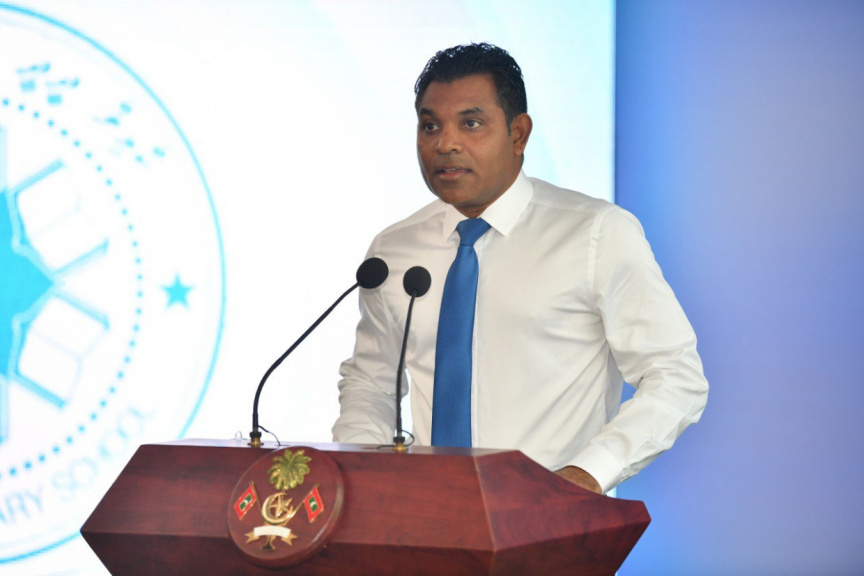 Vice President Faisal Naseem, on Sunday, has stated that school leavers must be productive members of society who are capable of earning a living by utilizing the skills they learned.

He made the remark during a ceremony held this morning to inaugurate Kaamil Didi Primary School, the first school to open in Hulhumale’ Phase II.

Speaking at the ceremony, VP Faisal stressed that parents send their children to school with high hopes and that the nation has high expectations for their future. Underscoring the role of teachers, parents, and the government in facilitating the process of building an educated generation of youth – he said aforesaid feats can only be achieved through collective effort rather than ad-hoc individual efforts.

He also spoke on the virtues of education. On this note, he said that graduating students must be equipped with the skills and knowledge to face the challenges of everyday life. He added that school leavers must be productive members of society capable of earning a living by utilizing the skills they have learned.

VP Faisal also emphasized the importance of exemplifying good behavior, stating that nurture is pivotal in instilling it in future generations. In this regard, he advised communities to model proper morals and ethics in order for children to learn these values.

Shedding light on the life of Uz. Ahmed Kaamil Didi, after whom the school is named, VP Faisal detailed his contributions to Dhivehi literature and the development of the education sector.

Education Ministry detailed that teaching commenced at the school with 824 students studying in the grades starting from Lower Kindergarten (LKG) to sixth grade.

The school has 65 employees; 47 teachers and 10 administrative staff. It comprises of 24 classrooms.