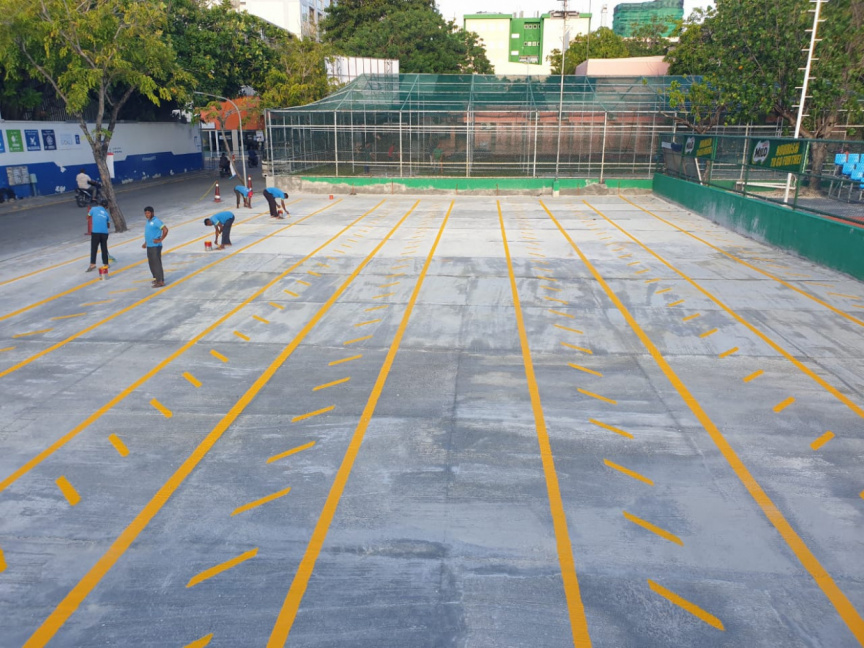 A parking zone with the capacity for 335 motorcycles has been established in the Maafannu stadium area as part of the efforts launch mini bus services in Male’ City.

In a tweet Friday, Male’ City Mayor Dr. Mohamed Muizzu said the parking zone was established to clear the main roads in the congested capital in order to begin mini bus services.

In an interview to PSM, Maldives Transport and Contracting Company (MTCC)’s CEO Adam Azim said the service would be launched Monday.

He said the first two weeks would be a test round, with commuters allowed to travel on the bus for free.

Once the service officially launches, commuters will be charged MVR 7 per trip. However, school students in uniform will be able to travel on the bus for free.

MTCC is set to launch the service in Male’ with 18 buses, all of them 20-seaters. Some of the buses will have designated space for wheelchairs.

32 inmates who completed rehab return to their families