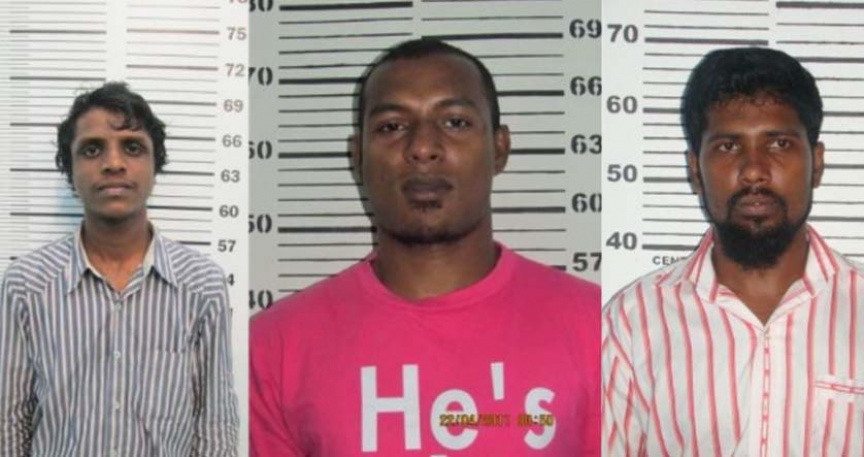 The prosecution has requested to hold closed door hearings for three suspects charged in connection to the 2014 abduction and murder of a reporter and 2017 murder of a blogger.

Ahmed Rilwan Abdulla, 28, a journalist who worked for Minivan News (later renamed Maldives Independent), was last seen on August 8, 2014. He is believed to have been abducted and murdered.

Meanwhile, Yameen Rasheed, 29, a blogger and rights activist, was stabbed to death in the stairwell of his residence in Male’ City, M. Spatula, on April 23, 2017.

Three suspects were arrested back in June, whom Police states are suspected of involvement in committing acts of terrorism in planning and executing the crimes related to the two cases, and facilitating the crimes.

The three suspects are;

Isu is charged with two counts of aiding in an act of terrorism.

Mua is charged with conspiring an act of terrorism.

At a hearing held on the case today, the prosecution and some of the defense lawyers had requested to hold closed door hearings.

Prosecution reason their request stating information disclosed in the course of the trial possibly subjecting the defendants to harm’s way.

As today’s hearing did not involve the disclosure of sensitive information, it was open for the public. Presiding judge in the case, Judge Mohamed Misbah said that a decision will be taken on holding closed hearings before the next scheduled hearing.

Both of them were acquitted.

The court issued its ruling in the case on January 19.

Extension to finish probe of cop from drug-fueled party