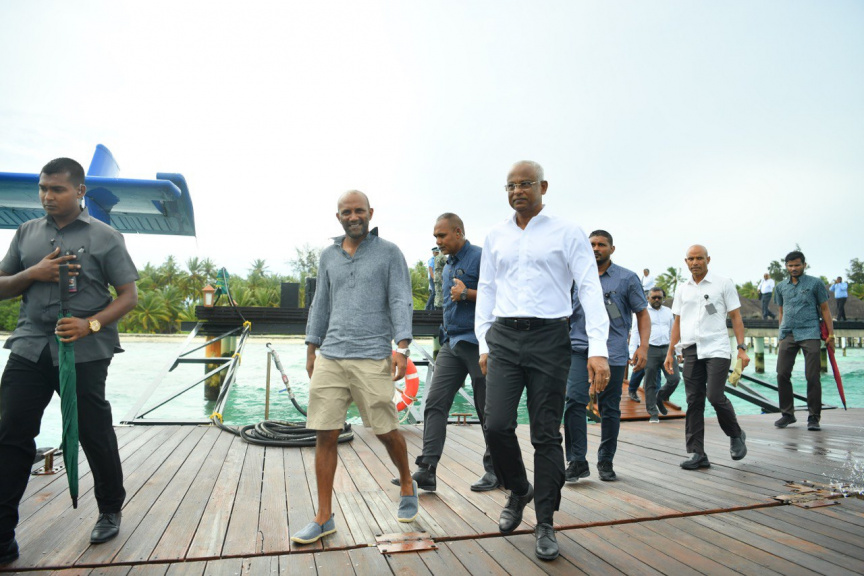 President at the airport after concluding his visit to Meemu Atoll. (Photo / President's Office)

During this tour of Meemu, he visited Raiymandhoo, Maduvvari, and Dhiggaru on Saturday, and the remaining two islands Veyvah and Muli on Sunday.

President Solih held meetings with members of the atoll and island councils, women’s development committees, and residential communities of the respective islands.

Additionally, he inspected the progress of developmental projects on the islands and visited some public offices and institutions.

While in Veyvah, he inaugurated the newly upgraded harbour and new powerhouse.

Moreover, President Solih attended a ceremony to mark the completion of the coastal protection project on Dhiggaru and also inaugurated a new volleyball court developed on the island.

A delegation of senior government officials accompanied the President on his visit.