President Solih: Will continue to serve in best interest of people 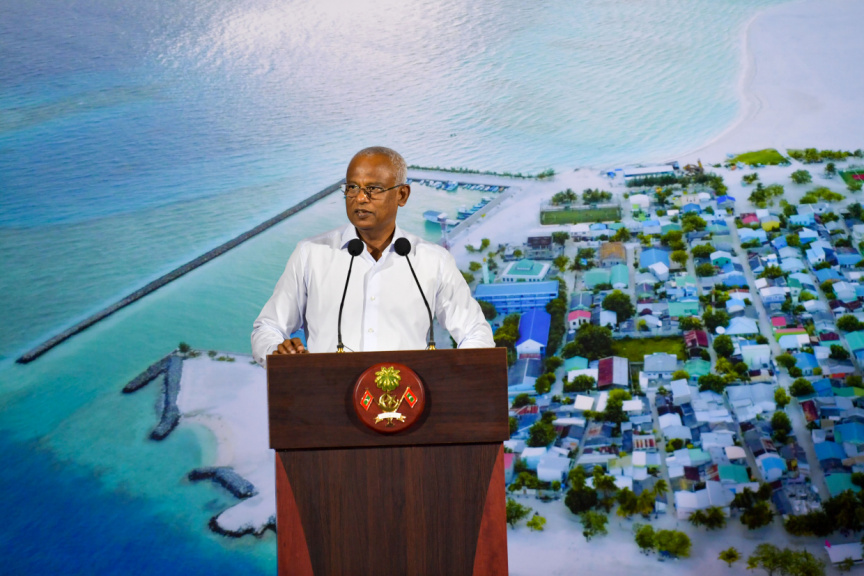 President Ibrahim Mohamed Solih on Saturday night said that despite some that cause difficulties, this administration is of the people, and will continue to promote, uphold, and serve their best interests.

Speaking at the ceremony held at Meemu Atoll Dhiggaru to mark the completion of the island’s coastal protection project, President Solih said that previous administrations had failed to deliver on their pledges to the people of Dhiggaru.

He went on to state that when his administration took office, the most pertinent needs of the island had been unfulfilled, and made note of the support and cooperation towards his developmental agenda of local councils and Members of Parliament.

The coastal protection project on Dhiggaru Island saw the development of 700-meter protective rock-boulder seawalls in the areas affected most by storm surges and coastal erosion.

President Solih said that over the next two-three years, the effectiveness of the defensive structures will be studied, and any necessary changes will be made.

In addition to this, he also spoke about the island’s land reclamation project, initiated by the administration. The project would see the island grow in size to 38 hectares. ‘

The administration pledged to reclaim 25 hectares of land; 17 hectares of land reclamation have been completed. The President also urged the council to draw up a land-use plan for the island.

Both projects, worth MVR121.1 million, are carried out by the Maldives Transport and Contracting Company PLC (MTCC). At the ceremony, the island’s community presented the President with a commemorative model of the island.