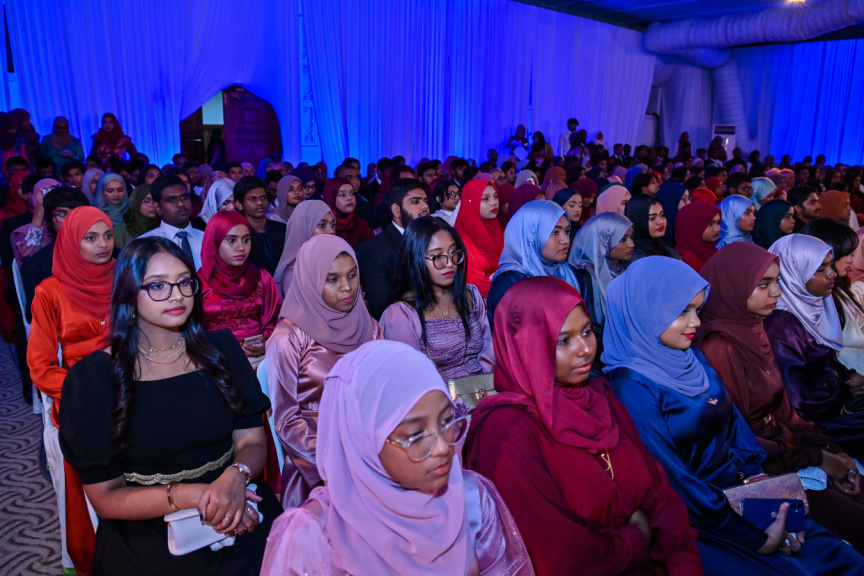 Education Ministry, on Thursday, has stated that the highest number of students was included in the O’ Level and A’ Level national top ten in the history of Maldives during last year.

Thirteen students in the O’ Level top ten were in the world's top ten for individual subject achievements and six students won the High Achievement Award.

A total of 2,642 students sat for A’ Level examinations last year, from which 348 students were included in the top ten. Six students had gotten ‘A*’ from all subjects to take first place in the top ten.

Education Ministry said that last year was an exceptional year in the Maldivian education sector. They cited the reason behind the impressive result as the collaborative efforts by students, teachers, school managements, principals and parents.

The presentation of awards to top achievers of secondary and higher secondary examinations of last year, is being carried out throughout the course of two nights.

Rehendhi switches to online classes in wake of fire

Additional school to be built at Hulhumale’ Phase II