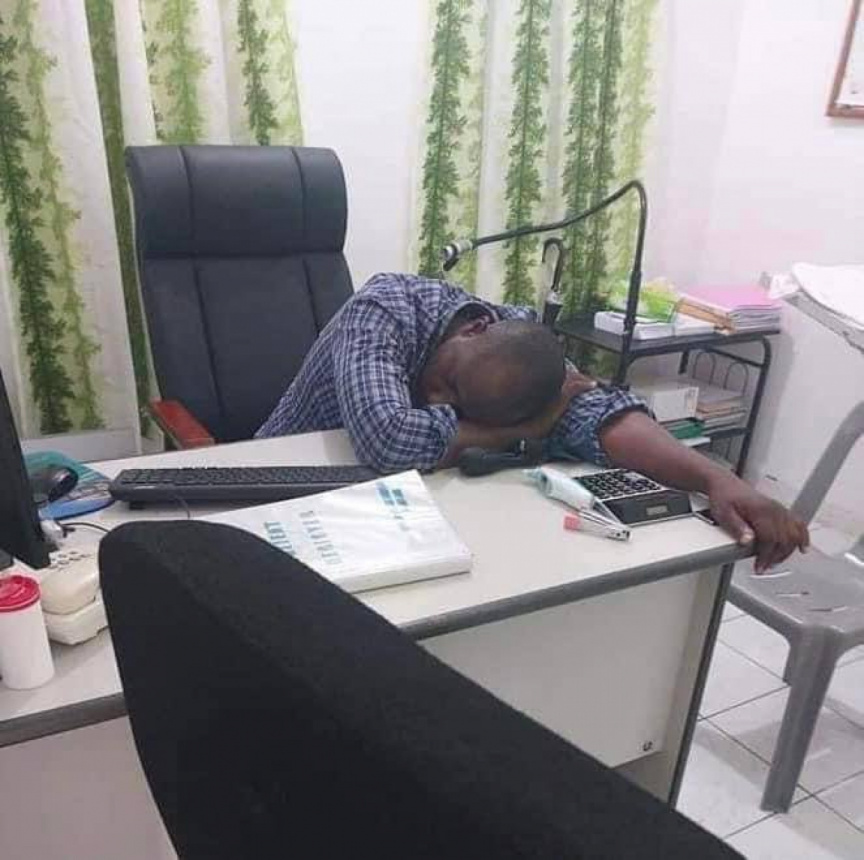 Doctor at HA. Hoarafushi Health Centre who refused to treat a child, to sleep instead. (Photo/Social Media)

HA. Hoarafushi Health Centre’s Manager Ibrahim Rasheed, on Wednesday, has stated that the doctor who refused to treat a child during duty hours, citing to sleep, has been suspended from his post.

Rasheed told Sun on Wednesday that the doctor who refused to treat a child has been suspended until he can be terminated from employment.

“Agreements are made when doctors are brought. Therewith, Health Ministry will be terminating him in line with terms of the agreement. Till then, he has been suspended,” he had said.

Rasheed said that an Egyptian doctor who was brought to island on July 10, currently continues to serve in the health centre. Noting that the doctor has been providing quality healthcare, he stressed that no complaints have been received regarding the doctor to date.

Stressing that Hoarafushi Health Centre provides services 24/7, Rasheed stressed that the availability of just one doctor will pose difficulties.

“Demanding the procurement of an additional doctor. Health Ministry has stated another doctor would be sent soon,” he added.

The case of the suspended doctor from Hoarafushi Health Centre had blown up after a father from the island, whose child was ill, made a post on social media on Tuesday, detailing his experience with the doctor. In this regard, he detailed the doctor had refused to treat his child who was having a high fever upon the token number being called, despite already waiting for almost one and a half hour, citing to sleep.

He stressed that the doctor refused to treat his child even after the child’s condition was explained to him on multiple occasions and even when the health centre’s manager had asked to treat the child.

In his post, he further detailed that his child received treatment three hours after they had gone to the Health Center, by the efforts of nurses present.

The suspended doctor is a foreign man.

Commenting on the matter on Tuesday, Rasheed said that efforts were underway to terminate the doctor in question.

Hoarafushi Council has also confirmed having received complaints regarding the doctor, for negligence in providing treatment. Residents of the island also state the doctor often sleeps during duty hours.