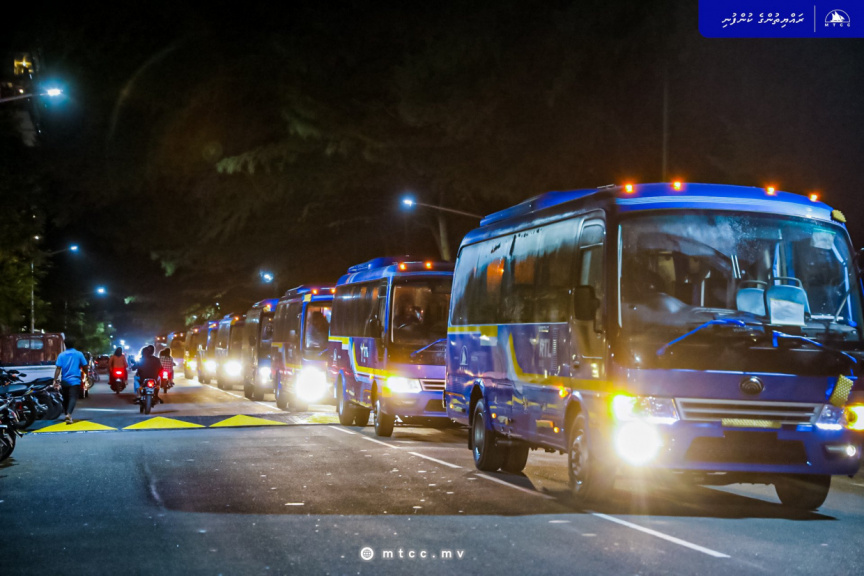 Parking has been banned in the busiest road in Male’ City, Majeedhee Magu, in preparation of the start of mini bus services in the Maldivian capital.

The city council has drawn lines on both sides of the road, indicating it to be a no-parking zone. The police have also put down ‘no parking’ cones.

Majeedhee Magu, which stretches along the middle of Male’, previously had some parking zones.

The Planning Ministry allocated land to relocate the parking zones in July; it includes an area from H. Somoasa Villa, two areas from near Ekuveni Track, an area from near Dharubaaruge, and an area near Coral Boulevard in Rasfannu area.