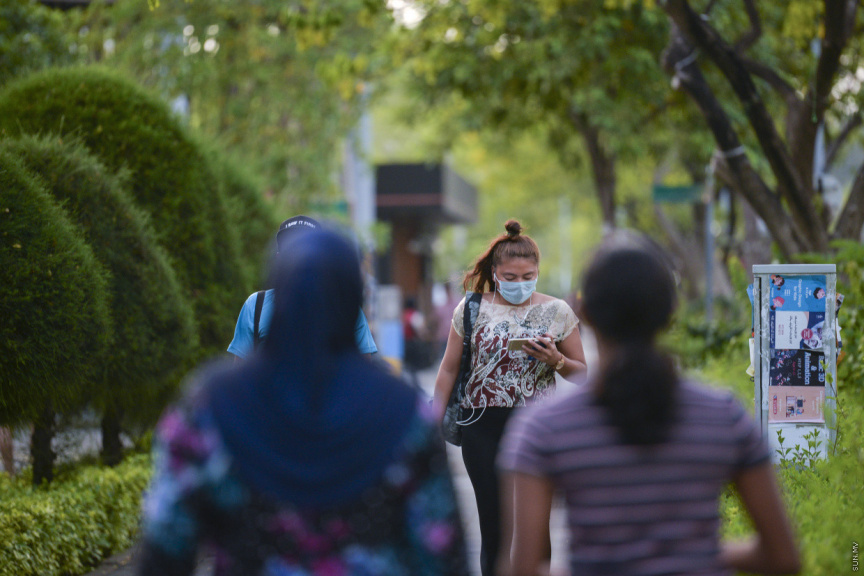 People wear masks as they walk along a street in Hulhumale'. (Sun Photo/Mohamed Muzayyin Nazim)

Health Protection Agency (HPA), on Thursday, has again warned of observing an increase of three diseases this year compared to the same period of last year, urging the public to take precautionary measures.

The three diseases named by the agency are dengue, viral flu, diarrhea and vomiting.

The health agency stressed the importance of taking precautionary measures against viral flu – urging to properly covering the mouth and nose when sneezing, observing proper hygiene and frequently washing hands.

Stressing the increase in the spread of these three diseases this year – HPA has once again urged the public to take precautionary measures.

'Detection of monkeypox in the Maldives a possibility'