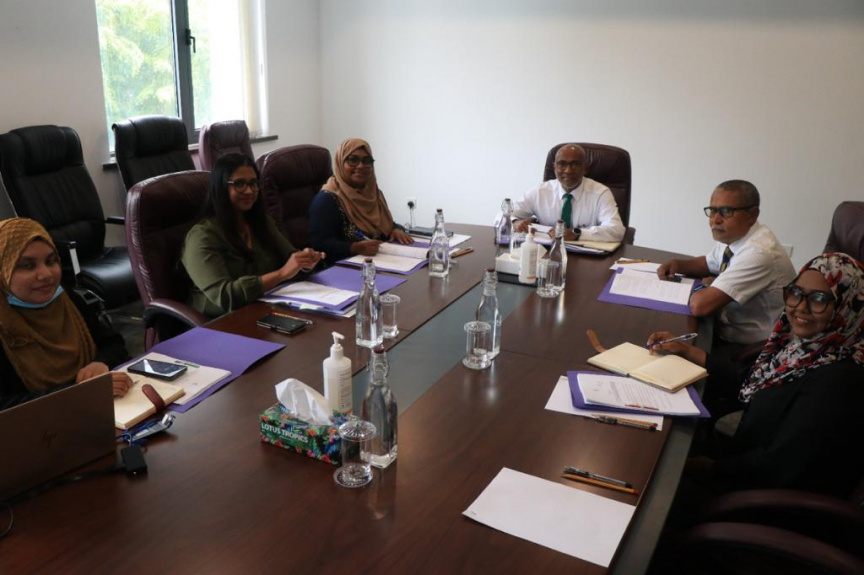 Foreign Service Advisory Board comprising of five members have been constituted by the Foreign Minister on Thursday, in accordance with the recently ratified Maldives Foreign Service Act.

The five members appointed to the board are;

The Foreign Service Advisory Board held it first meeting following constitution on Wednesday.

The board’s purpose is to provide advice to the Foreign Minister on matters related to foreign service regulations, organization structure and other matters of interest in strengthening the Maldives foreign service.

Maldives Foreign Service Act which establishes foreign service as a separate service from civil service was ratified by President Ibrahim Mohamed into law in last November. The Act came into force in May 14.

Maldives Foreign Service Act governs the establishment of a separate entity titled ‘Foreign Service’ for the purpose of implementing the foreign policy of Maldives. The act specifies it organizational structure, management policy, and matters relating to diplomatic cadre.

As per the Act, Maldives Foreign Service will embody the ministry and oversee all Maldivian missions and consular posts. It is also dictates that the President is the highest authority tasked with overseeing and directing the Maldives' foreign policy, with the Minister, under guidance from the President, being authorized to manage the daily execution of the service.