Rusthum admits to disrespecting religion at court, to be sentenced in three days 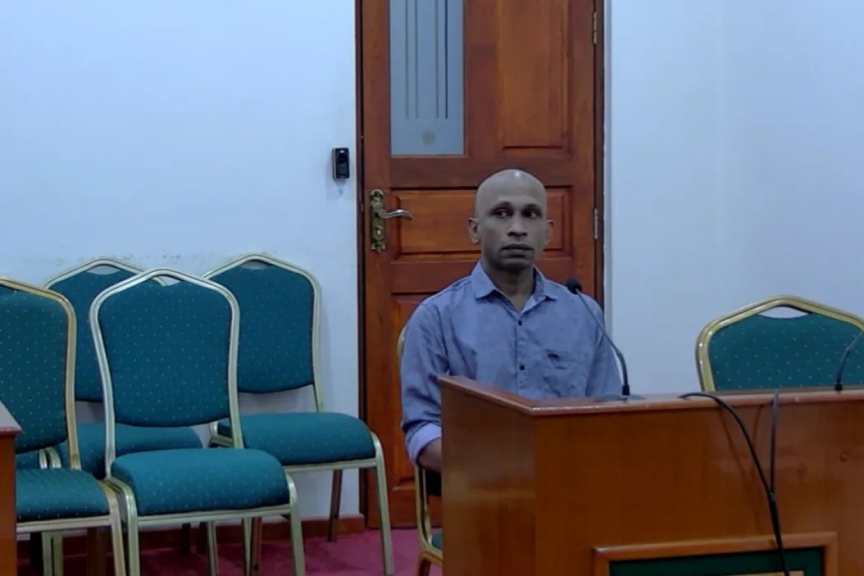 Mohamed Rusthum Mujthaba, GDh. Thinadhoo who was charged with disrespecting the Islamic religion pleads guilty to crime at Criminal Court on August 10, 2022.

Mohamed Rusthum Mujthaba, GDh. Thinadhoo who was charged with disrespecting the Islamic religion pled guilty to the crime at court, subsequent to which it has been decided that he will be sentenced in three days.

Rusthum is charged with obstruction religious unity and possession of pornography.

During the investigative stage – Rusthum had admitted to the crime following which a plea deal was executed with the Prosecutor General’s Office (PG Office).

At a hearing held today regarding the charges raised against him – Rusthum stated his intention to uphold his guilty plea.

Therewith, the judge presiding over the case, Mohamed Misbaah, had concluded to allocate the case to the fast track.

However, the prosecution and the defendant had not discussed punishment at today’s hearing. Therewith, Judge Misbaah had concluded to hold a hearing for the matter in three days.

Rusthum was first arrested over a tweet publicized declaring he has publicly commenced efforts against Islam and staging a protest at Thinadhoo against Islam.

Video showing a cat being strangled to death goes viral

Six arrested with contraband to be smuggled into jail

'Dollars sent abroad to buy goods, but they won't come'