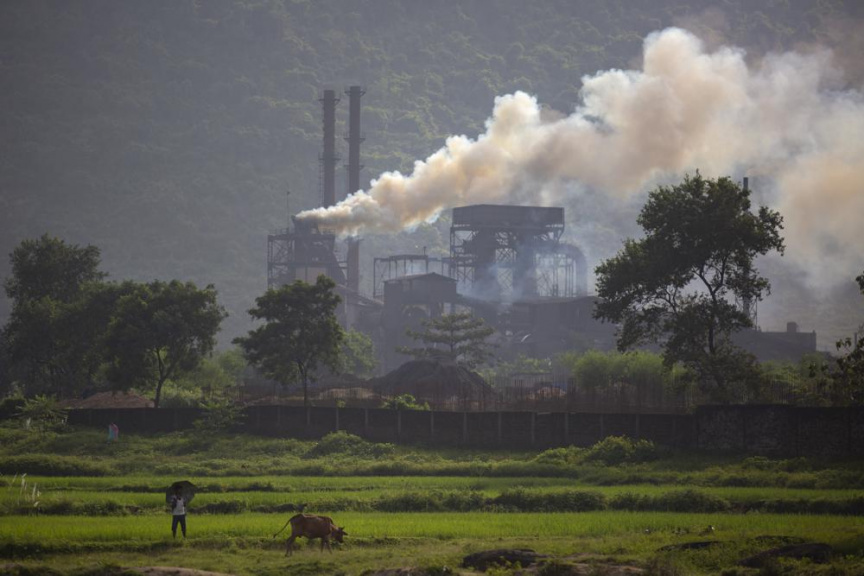 The new goals will be submitted to the U.N.’s climate agency as part of an international agreement where nations publish hoThe emissions goals that India’s federal cabinet ultimately approved are largely in line with Modi’s announcement.

India now stands committed to reducing the emissions caused by activities for the nation’s economic growth by 45% by the year 2030 from 2005 levels, according to the new targets. The nation will also aim to achieve about 50% of its energy requirements from non-fossil fuel-based energy sources by the year 2030, and promote a federal government program that encourages people to make green lifestyle changes.

Vaibhav Chaturvedi, an economist at the New Delhi-based Council on Energy, Environment and Water, called the approval a “significant step” towards India’s climate aims.

The U.N.’s climate agency had set a deadline of July 31, 2021, for various nations to update their targets that were initially announced after the climate conference in Paris in 2015. India was not the only laggard nation, as China and dozens of others had also failed to meet the target date.

Indian officials say that the delay was a reflection of the peculiar challenges facing the country: On the one hand what it does has an outsized impact on the world’s climate goals as it’s a nation with quickly-growing energy needs, on the other it feels that it’s often unfairly asked to prioritize climate goals over its developmental needs.

“India’s updated climate action plan comes in a context where Europe and most developed countries are going for more drilling of oil and gas,” said Harjeet Singh, head of global political strategy at the Climate Action Network International.

“The delay in updating the targets could have been avoided though. If they had announced these targets a few months earlier, it might have inspired other countries to act faster and more decisively on climate change,” he added.w they intend to reduce their greenhouse gas emissions, known as nationally determined contributions. The U.S. hopes to achieve “net zero” by 2050, and China by 2060.

The approval comes as India is preparing to celebrate 75 years of independence on Aug. 15 and with just three months left before the next climate conference.

Lightning kills nearly 50 this week in India’s UP

Record amount of seaweed is choking shores in Caribbean