Ex-pres Waheed: Have forgiven all who responded with hurtful words, acts 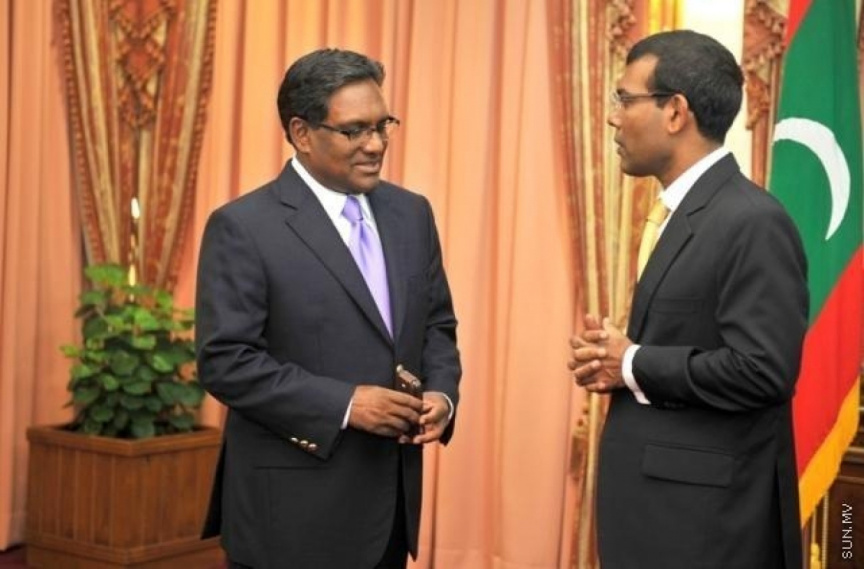 Former President Dr Mohamed Waheed Hassan Manik on Saturday said that he has forgiven all those who had wronged him and his family with hurtful words and actions.

He made these remakes while responding to someone on Twitter who stated they can now understand the hardship of trying to govern with someone like Speaker of Parliament and former President Mohamed Nasheed.

Moreover, the person also said that Nasheed’s temperament was visible to all, and apologised to Dr Waheed for previously calling him a traitor.

Responding to this, Dr Waheed said that he has forgiven all those who had believed the false narrative spread by Nasheed, and responded in hurtful ways towards him and his family.

He also went on to ask anyone who was unjustly hurt during his time as president to forgive him.

Dr Waheed was his Vice President when Nasheed was elected as President. Upon Nasheed’s infamous resignation on February 7, 2012, Dr Waheed stepped up and took office as President until the next elections were held.

However, Dr Waheed faced harsh criticism – particularly from the support of Nasheed and the Maldivian Democratic Party (MDP), who branded him a traitor.

Notably, the committee that investigated Nasheed’s resignation came to the conclusion that he resigned on his own, and Dr Waheed did not orchestrate a coup to overthrow the government.

'System should be changed not because one is sidelined'