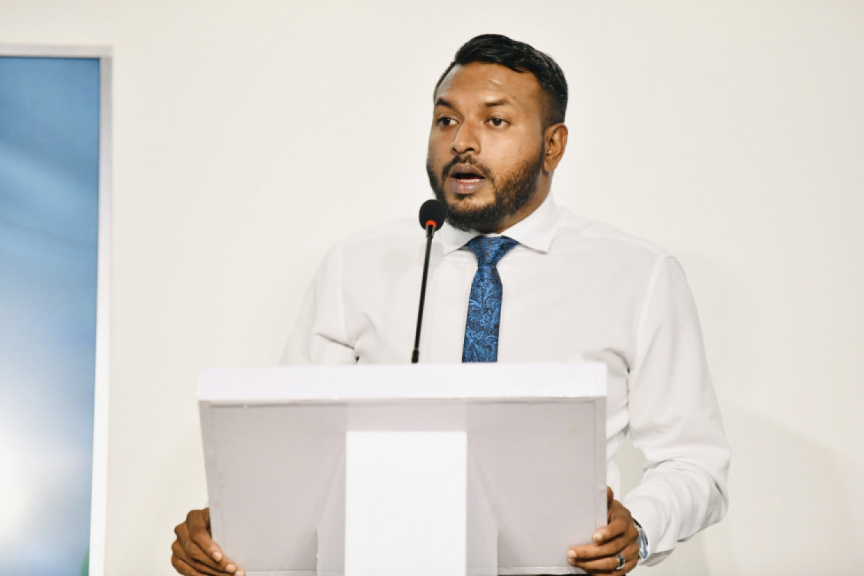 In an appearance on Public Service Media (PSM)’s Raajje Miadhu show, Azim said MTCC had completed all preparations required from the company to launch the service.

He went onto state that lack of cooperation from Male’ City Council was delaying the launch of the service.

In this regard, Azim detailed that launching the service required certain changes to the streets, including making the roads accessible to bus and the establishment of bus stops. Stressing that only Male’ City was authorized to carry out these works – Azim said that MTCC had not received a response to its request asking to make necessary arrangements.

Refuting these remarks – Nareesh told Sun on Tuesday that making false statements to mislead the public was absolutely unacceptable. He added that no matter how much the commencement of a project is desired – there are matters that needs to be considered before taking this step.

Underscoring Male’ City Council’s eminent support for public transport – he noted that some councilors had taken part in several discussions held regarding the launch of mini bus service.

As the matter also falls under the City Council’s mandate – Nareesh said the Council has been fully cooperative despite the task being undertaken by a state-owned company.

“No matter how much we support a project – there are matters that needs to be considered before it can be commenced. The same thing applies here. Discussions have been held on existing concerns and possible solutions,” he had said.

Nareesh said that during these discussions – the government had requested allocating Majeedhee Magu, Ameenee Magu, Fareedhee Magu and Orchid Magu as non-parking roads. He noted that the Council had responded to the request by stating there was no way the parking zones in these roads can be removed.

Speaking further, Nareesh reported having heard rumors of a possible overtake of the oversight of parking zones in Male’ City roads by Planning Ministry. He stressed that this violated the Decentralization Act – adding that the law currently stipulates that the roads belong to City Council.

The shipment of 36 mini buses required to commence the service arrived in the Maldives last weekend. This includes 12 buses for Male’ city and 24 for atolls.