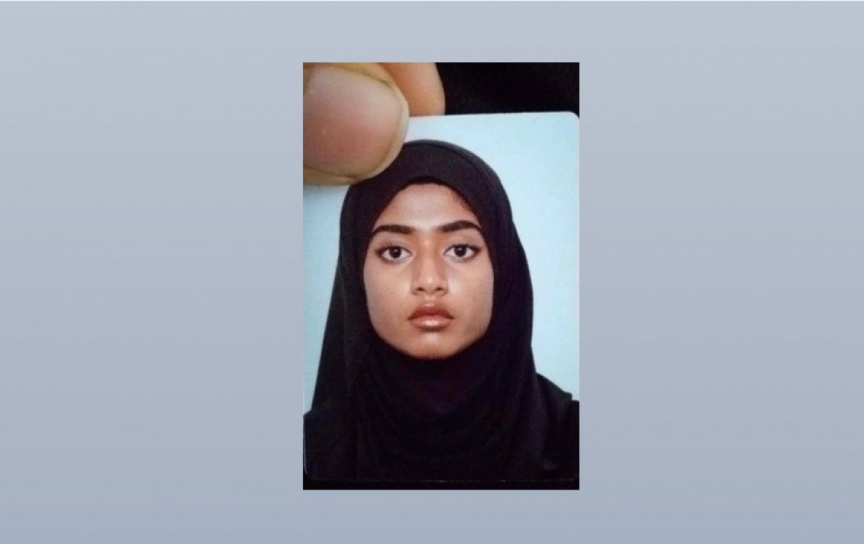 The teenage girl who went missing in Male’ City on Sunday has been found.

She was identified as Aminath Zara Riyaz, 17, S. Feydhoo.

Zara was reported missing by her family on Sunday. The family detailed that she had left home at approximately 2:00pm on Sunday afternoon.

A Police Spokesperson confirmed to Sun on Tuesday evening that Zara has been found.

“The missing girl has been found. She is in good health,” the Spokesperson had said.

The Spokesperson said that Police was investigating the case further.

Teenagers have been reported missing by their families on previous occasions as well. In most circumstances, they are identified as runaways.

On last Thursday, a man from N. Henbadhoo was also reported missing. Search efforts for Ibrahim Ramiz, 28, Kunnaaruge, Henbadhoo, have been unsuccessful so far.

According to Police, Ramiz was last seen on Thursday morning, wearing a grey t-shirt and blue shorts, and his family believes he had set out on a canoe.

However, the canoe believed to have been used by Ramiz was found off neighboring N. Kendhikulhudhoo on Saturday.

Canoe believed to have been used by missing man found