Nasheed: Steady and experienced hand needed to steer Sri Lanka out of crisis 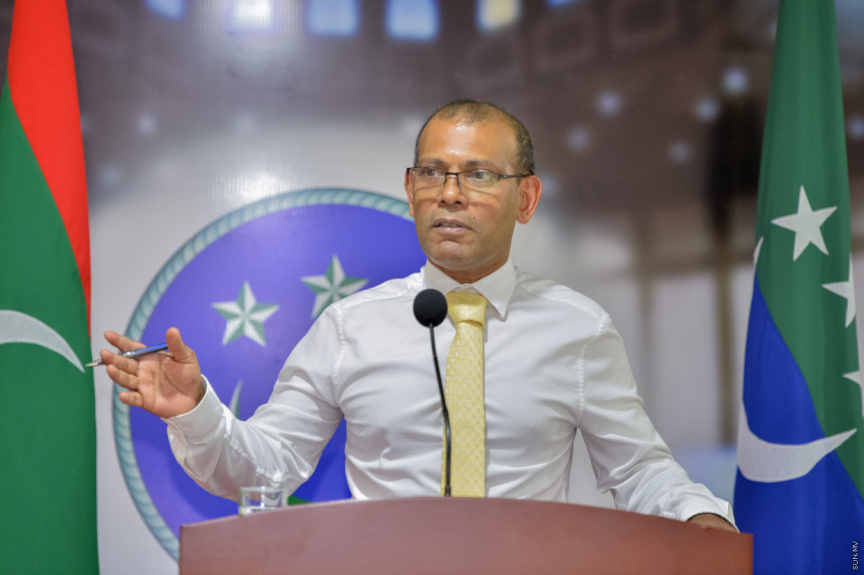 In a tweet on Sunday morning, Nasheed noted these were tumultuous times for neighboring Sri Lanka.

“These are tumultuous times for Sri Lanka. Sri Lanka needs a steady and experienced hand to steer her out of this political and economic crisis,” he said.

Nasheed said he was confident that the Sri Lankan people will find the sensible way forward.

The former Maldivian leader had been taken up on his offer and appointed to coordinate foreign aid to Sri Lanka in May.

The economic meltdown in Sri Lanka has set off acute shortages of essential items, leaving people struggling to buy food, fuel and other necessities.

Both leaders have agreed to resign.

Nasheed’s submissions for election made past deadline

'Removal of members will be reason for Pres' defeat'

'To withdraw govt. shares in Gan Airport if elected'