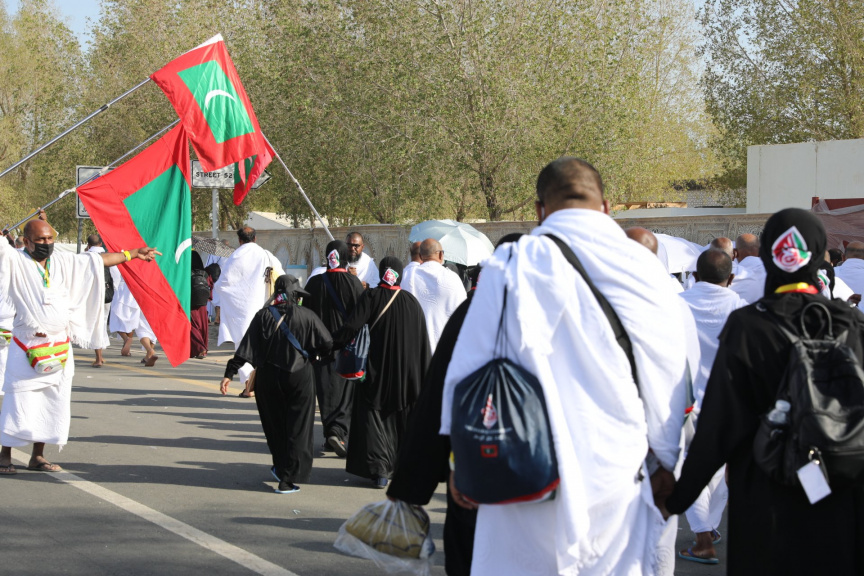 Islamic Ministry states all Maldivian pilgrims have arrived in Saudi Arabia’s Arafat plains to participate in the most important ritual of the annual hajj pilgrimage.

All pilgrims are in good health, said the spokesperson.

The Day of Arafat marks the second day of Hajj, when pilgrims make their way to the mountain where Prophet Mohamed gave his last sermon.

Each group of pilgrims makes its way to the Nimra Mosque on the grounds of Arafat where they listen to a sermon.

Following the sermon, the pilgrims spend the day on the mountain, where camps have been set up, to pray.

They will then head to Muzdalifah, where they will be given pebbles for the symbolic stoning of the devil ritual.

Hajj is one the world’s largest religious gathering, with about 2.5 million pilgrims performing the ritual in 2019, before the COVID-19 pandemic hit, forcing Saudi Arabia to sharply decrease the number of pilgrims allowed to perform hajj.

This year, Saudi Arabia allowed one million pilgrims from inside and outside the country to participate – making it the biggest hajj since the pandemic.