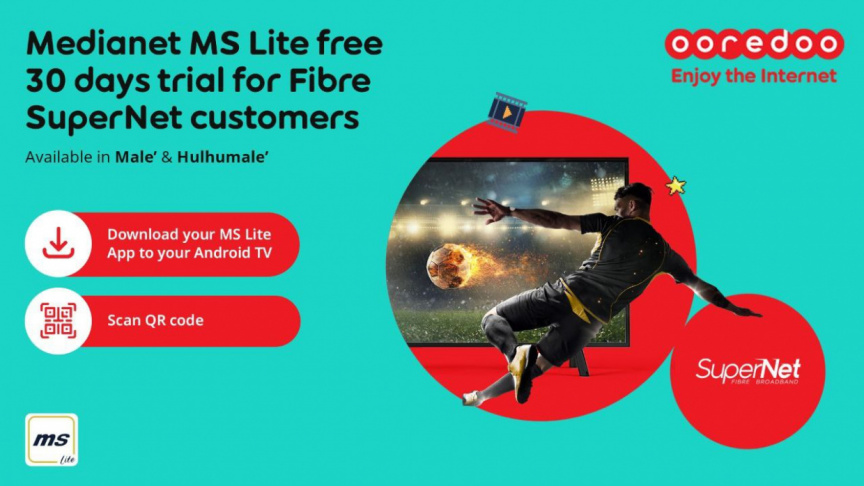 Ooredoo Maldives commenced an offer of a one-month free trial of Medianet’s MS Lite for SuperNet users in Male’ and Hulhumale.

The announcement made by Ooredoo stated that customers in Male’ and Hulhumale’ can download MS Lite App to their Android TV and scan the QR code to begin the free trial.

Ooredoo Maldives has recently revamped their SuperNet plans in an effort to provide affordable services. Hence, the current plans provide up to 5 times the internet speed, with up to 100 percent bigger allowances. This includes SuperNet add-ons with must faster-throttled speed, said Ooredoo.

In addition to this, Ooredoo noted that the company was the first in the market to introduce Data Rollover to all SuperNet customers, in which all unused data at the end of the month will be carried forward, and will be included in next month's package.