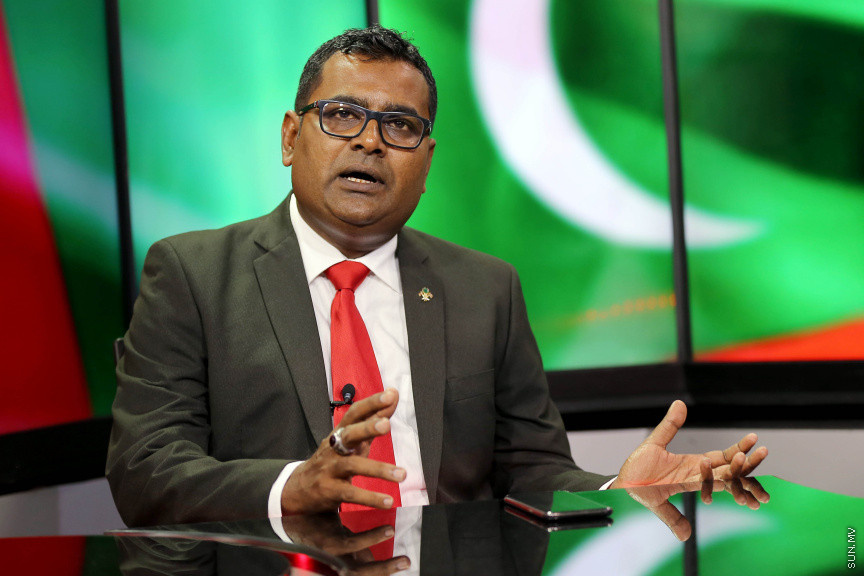 Multiple videos and photos of alleged high-profile individuals including Colonel Nasheed engaging in sexual relations have been leaked on social media starting end of June.

Sun has learned that the passports of Colonel Nasheed and Alamgiri have been frozen as police probe the case.

Nazim Sattar has also been barred from travel as police investigates the case.

The second was a photo which allegedly shows South Henveiru MP Hussain Shaheem (Andhun Hussain) naked on a bed with a man and a woman.

The third was a video which allegedly shows former journalist Abdulla Naseer Ibrahim engaging in sexual activities with another man.

The fourth was a photo of former Nolhivaram MP Mohamed Nasheed (Colonel Nasheed) at the same room see in the videos was leaked on social media.

In a Facebook post addressing the photo, Nasheed said that he went to the room after receiving multiple calls to come for a business meeting there. He went on to state that since this was during the height of Covid, he went as it would have been difficult to meet outdoors at the time.

“Their intention was to involve me that [sexual relations]. I exempted myself from that.”

Furthermore, he revealed that he was blackmailed using those pictures for two lakhs, but he has never paid that money.

Meanwhile, Alamgiri has made a public apology for having engaged in sexual relations with high-profile male politicians and videotaping the acts.

In a video, he states that he is a very poor person, who is unaware of right and wrong. Showing himself repent, he appealed to Maldivian citizens to forgive him.

“I have repented. All Maldivian citizens, please forgive me,” he had said.

27 aboard on speedboat evacuated after engine stalls