Finance Minister: Will have enough in reserve for five months of essential imports by July end 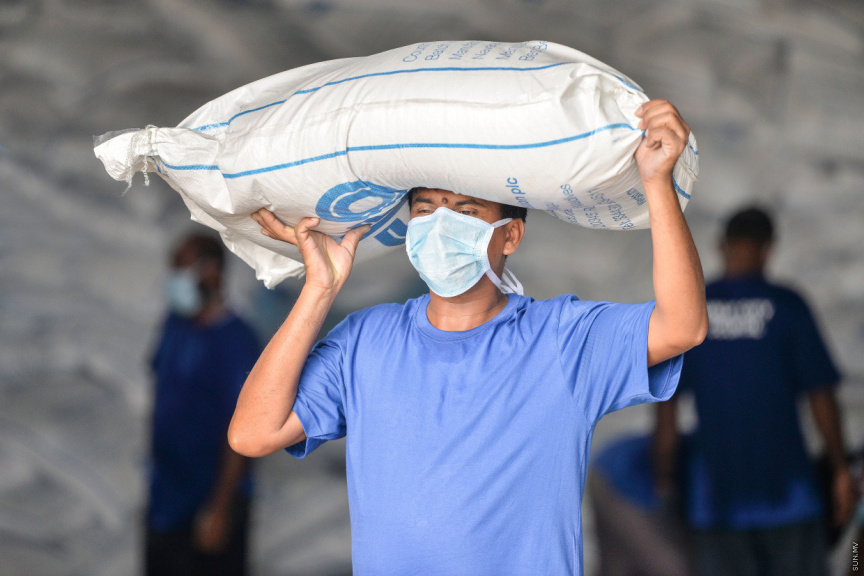 Workers load sacks of staples from the STO warehouse to a truck on April 22, 2020. (Sun Photo/Fayaz Moosa)

Finance Minister Ibrahim Ameer told the Parliament on Wednesday that the state would be enough funds in its reserve by the end of July to import essential products such as fuel, staples and medical supplies for the next five months.

Deputy Speaker, North Galolhu MP Eva Abdulla had asked Ameer for a written response to her query regarding the state’s ability to import essential products.

His response was read during the parliamentary sitting on Wednesday morning.

Ameer said the state would have enough funds in its usable reserve to import essential products for five months, starting from end of July.

“The Finance Ministry projects there will be enough usable reserve for approximately five months of import of staples, fuel and medical supplies needed by Maldives by end of July 2022,” he said.

Ameer added that the foreign reserve was managed by the central bank, Maldives Monetary Authority (MMA), as required by law, and that the management of the statistics and preparation of projections was MMA’s responsibility.

He said that statistics regarding the usable funds in the foreign reserve aren’t published by the MMA.

He advised Eva to contact the MMA if she required further details.

Ameer said the Finance Ministry provided its full cooperation to the MMA in managing the reserve.

Some of the measures include a freeze on creation of new positions, hirings, and promotions.