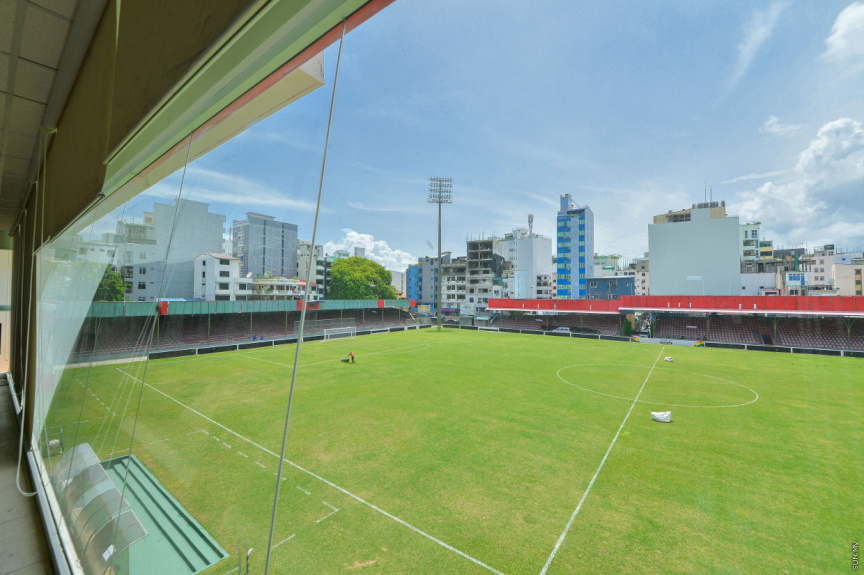 Minister of Sports, Youth and Community Empowerment Ahmed Mahloof told the Parliament on Tuesday that the National Football Stadium in Galolhu district of Male’ City would be demolished once the Hulhumale’ Track is developed and converted to a stadium.

Mahloof, who was summoned to the Parliament to answer questions on Tuesday morning, was asked about the stadium amid concern over lack of discussion with members of the general public before the government made its decision to demolish the current stadium and build a new one.

Mahloof said the government was assessing the cost of developing a stadium at the Hulhumale’ Track.

He was also questioned regarding projects in Hulhumale’ Phase II.

“The practical works the ministry is involved in is the development of community centers in the flats. We are making the setup once we are allocated the space,” he said.

Mahloof said the ministry planned on earmarking funds for more projects in Hulhumale’ in the 2023 budget.

He also said that drawings for an indoor badminton court in Hulhumale’ Phase II would be finalized next week.