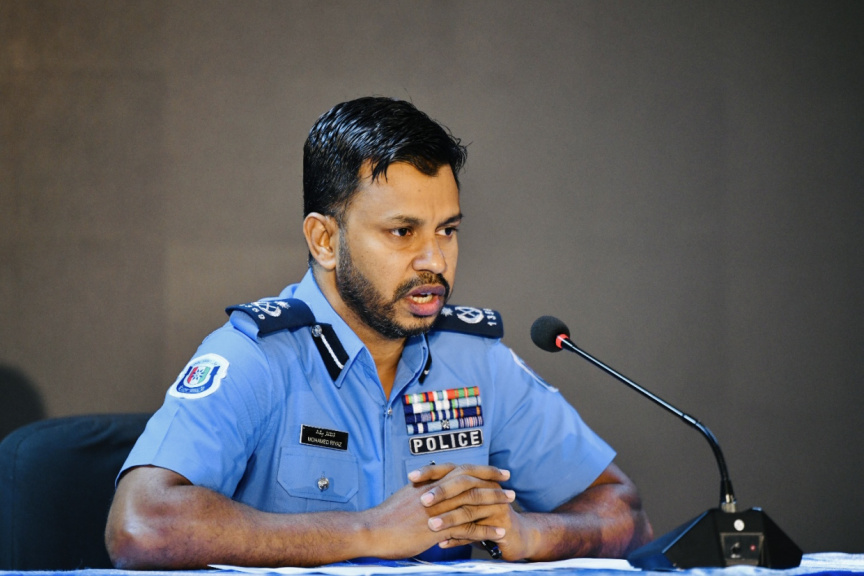 Assistant Commissioner of Police Mohamed Riyaz states there is no basis for claims the police had been involved in the recent leak of photos and videos allegedly showing high-profile individuals in compromising positions – found to be linked to a blackmail ring.

In a press conference on Monday evening, Riyaz said investigators had not received information pointing to police involvement, and asked for any such allegations to be submitted to relevant authorities.

Riyaz said that a relative of one of the suspects being employed by the police was no basis to interpret police involvement.

Photos and videos were leaked on social media over the weekend, allegedly showing high-profile individuals engaging in sexual activities, including with members of the same sex and with more than one partner.

Riyaz said the blackmail ring came to the attention of police in late March.

Riyaz provided assurance the investigation would be conducted unhindered, despite the involvement of high-profile individuals in the case.

The first to be leaked was a video which allegedly shows Ahmed Nazim Abdul Sattar, a prominent lawyer and the younger brother of Parliament speaker, former president Mohamed Nasheed, having sex with a Bangladeshi man, believed to be a prostitute.

The second was a photo which allegedly shows South Henveiru MP Hussain Shaheem (Andhun Hussain) naked on a bed with a man and a woman.

The third was the video which allegedly shows Abdulla Naseer Ibrahim, former RaajjeTV reporter, performing oral sex on an unseen man - who is rumored to be Hoarafushi MP Ahmed Saleem (Salle).

Police state they have identified some of the suspects involved in the blackmail ring.