Minority Leader: Will remove Nasheed as Parliament Speaker if the slightest chance arises 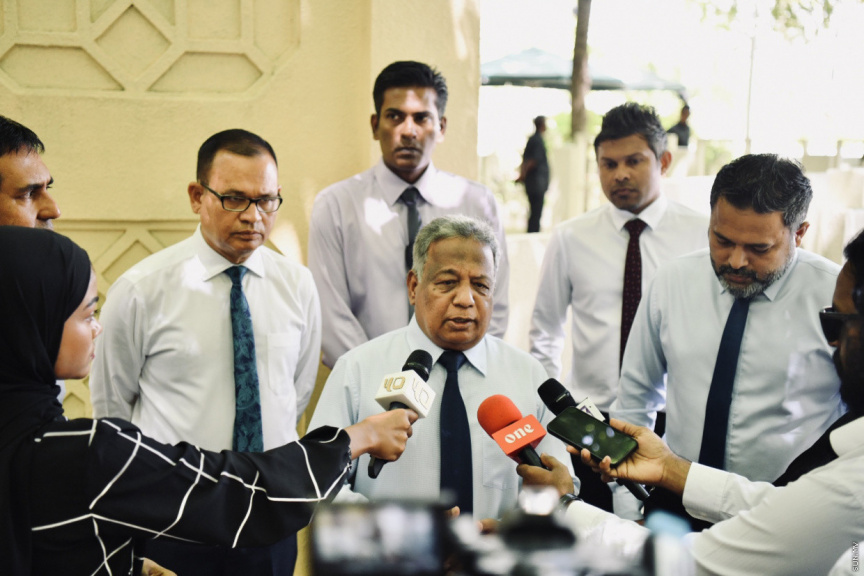 Opposition members had protested at today’s parliamentary sitting over the chair’s refusal to schedule two emergency motions filed regarding the leaked explicit videos and photos of people, including those believed to be members of parliament.

In a press conference held regarding the matter, MP Saleem said that the parliament comprises only of a few opposition members due to which changing the chair is a near impossible task.

“Therewith, in front of their 65 members, there is little we can do to remove Parliament Speaker,” Saleem had said in response to a questioned posed by Sun.

“Should such a circumstance arise and we receive the chance to remove the Parliament Speaker in question – we will not even wait for minute. Will remove,” he had said.

MP Saleem stressed that there were matters both factions of MDP agreed upon. On this note, he added that both the factions encouraged irreligious acts.

“No action taken against such irreligious acts. This is sort of encouraging them. We sometimes observe that there are two factions within MDP. But when such things happen (irreligious acts), we see them stand together and support it,” he had said.

With reference to the chair’s refusal to schedule the two emergency motions regarding the leaked videos – MP Saleem said that the reasoning provided by Parliament Speaker was absolutely unacceptable.

“We call on today’s government to transparently, and strictly investigate all these cases surfacing,” he added.

Pointing at the yoga event which was recently held at Galolhu National Stadium – MP Saleem said that severe violence was not observed from the mob which stormed the event. He added that people committing irreligious acts roaming free whilst those that tried to stop an irreligious act being under investigation was unacceptable.