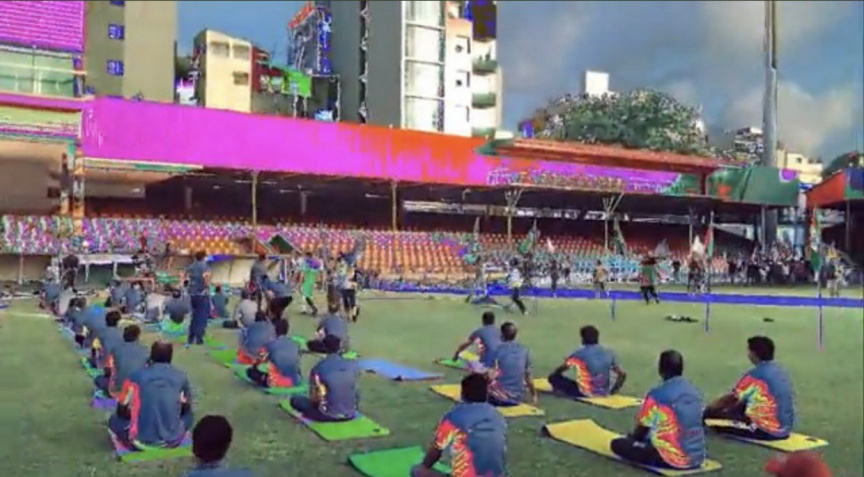 A screengrab from a video showing 'Yoga Day' event at Galolhu National Stadium on June 21, 2022, being stormed by a group of people.

A group of people stormed Galolhu National Stadium on Tuesday morning, obstructing activities underway at the stadium to mark the International Day of Yoga – celebrated annually on June 21.

A Police Spokesperson told Sun that six individuals have been arrested over the case – which is being investigated as a serious matter. No further details were disclosed.

Religious organization ‘Ilmuveringe Gulhun’ comprising of religious scholars sent a letter to Islamic Ministry on Monday expressing their concerns regarding the celebration of International Yoga Day in the Maldives, as a practice closely associated with Hindu religion.

The letter read that yoga was a threat to Islam and the Maldivian constitution in the name of exercise. It was also requested from the Ministry that they stop the event.

‘Yoga Day’ event was initially supposed to be held at Rasfannu area. However, Male’ City Council decided to cancel the permit issued to hold the event at Rasfannu following complaints from the public.

MVR 3K distributed per head as Zakat al-Mal this year