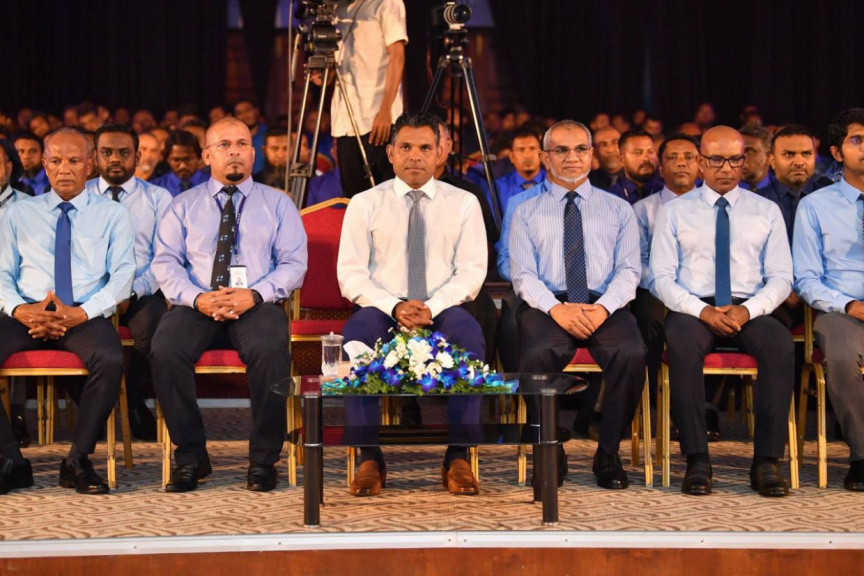 From the function held to mark the 25th anniversary of STELCO. (Photo / Presidents Office)

Managing Director of State Electric Company Limited (STELCO) Ahmed Shareef on Sunday stated that the company is forced to earn the people’s trust.

Speaking at the ceremony held to mark STELCO’s 25th anniversary, Shareef stated that gaining people’s trust was really important for the company.

“The only way to earn people’s trust is to clearly explain how the electric bill goes up and what makes the charges increase, in a way that is easy to understand.”

Moreover, he assured that STELCO would not charge people for electricity that was not used, and added that in the future, more sessions will be conducted on economizing electricity and the importance of that.

“The most important thing I will say is that I will make STELCO a people-friendly company, that people can easily get services from and that will provide people with legitimate information. These are our goals.”

Additionally, Shareef spoke out about the company’s promotion policy and assured that it would be revised in the future so that it becomes the employee’s right, rather than something simply given as they please.

During the past month, STELCO promoted a total of 420 employees who were not promoted within the last four years.

'Rent of STECLO flats to be enforced starting January'