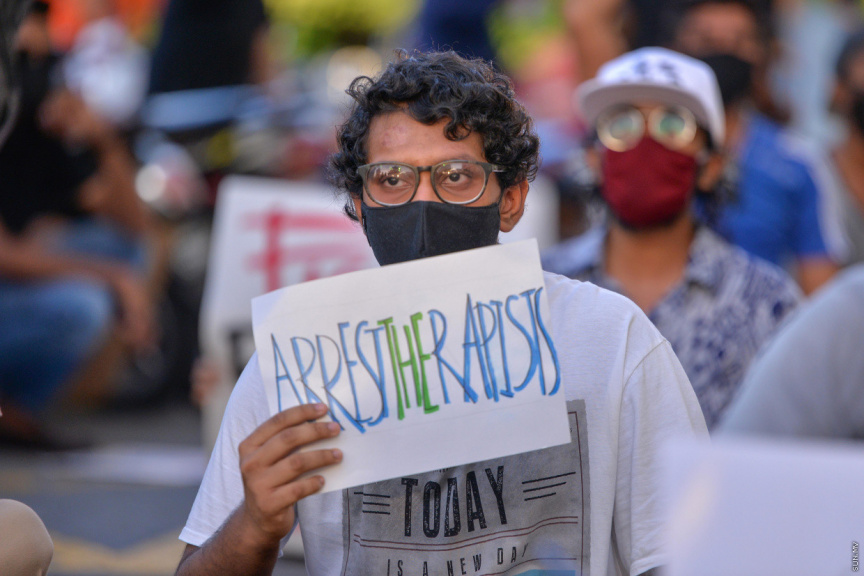 Protestors hold up a sign during an anti-rape rally in Male' City. (Sun Photo/Fayaz Moosa)

Maldives Police Service is probing a case involving the sexual assault of a woman in an elevator.

The assault took place at home in Henveiru district of Male’ City.

Police detailed that the woman, residing at the home in Henveiru district, entered the elevator in the early hours of Thursday, upon which she was sexually assaulted by a man who had also gotten on the elevator at the same time.

Police said that they were investigating the assault further.

Cases of sexual violence have significantly increased in the Maldives – with many assailants being identified as family members or people in positions of trust.

No time limit on compensation claims for sex crimes