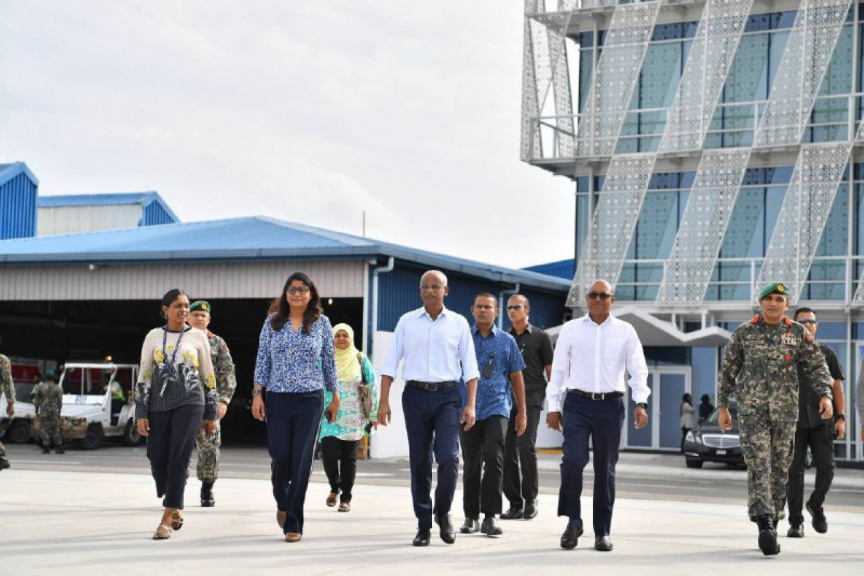 President Ibrahim Mohamed Solih, on Friday, has departed to Sh. Funadhoo on an official visit.

He is visiting the island to officiate the ceremony held to mark the 50th anniversary of Funadhoo School.

During his visit – he will be holding meetings with the council and Women’s Development Committee members of both islands to discuss developmental plans and pertinent issues.

President Solih is accompanied on this trip by a high-level delegation from the government.

He would conclude his trip and return to Male’ City on Sunday morning.

'New mosque for Utheem included in next year’s budget'

'To uphold freedom, we must understand our history'