Mother sentenced to 17 years in jail for daughter’s murder, ordered to pay MVR 1M as restitution 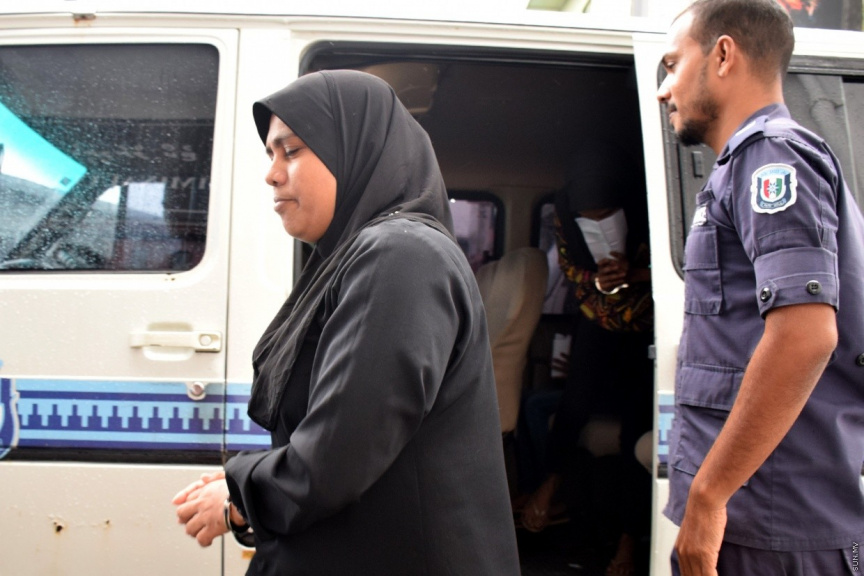 Aminath Shahidha: Criminal Court found Shahidha guilty of the murder of her four-year-old daughter, Fathimath Shaiha Fayaz on May 22, 2022.

Police, back then, reported that when officers entered Shahidha’s residence – they found Shaiha murdered on a bed whilst another six-year-old girl was asleep in the same room.

Prosecution had charged Shahidha with murder with intent over her daughter’s death.

Police have previously stated that Shahidha had admitted to her daughter’s murder – expressing their intention to carry out a physiological assessment of Shahidha in order to identify her state of mind at the time of the crime.

Nevertheless, during court proceedings, Shahidha had changed her plea, to not guilty. Therewith, the prosecution had submitted corroborative evidence against Shahidha during the trial.

Shahidha’s trial was held behind closed doors. Eight years after the murder, Criminal Court found her guilty of Shaiha’s murder in May 2022.

On Thursday, the Court had sentenced her to 17 years in jail – also ordering her to MVR 1 million as restitution. She was also ordered to fast consecutively for two months as Kaffara.

Police had previously said that Shaiha died directly as a result of her injuries – reporting the little girl had a total of 10 stab wounds to her body including three on her neck, four on her left shoulder, two on her right hand, and one on her jaw.

They also said that Shahidha was seeking treatment from Kulhudhuffushi Regional Hospital for psychiatric illness at the time of Shaiha's murder.

'No indication of bribe in texts between Yameen-Naeem'