Fire breaks out in Maaungoodhoo home 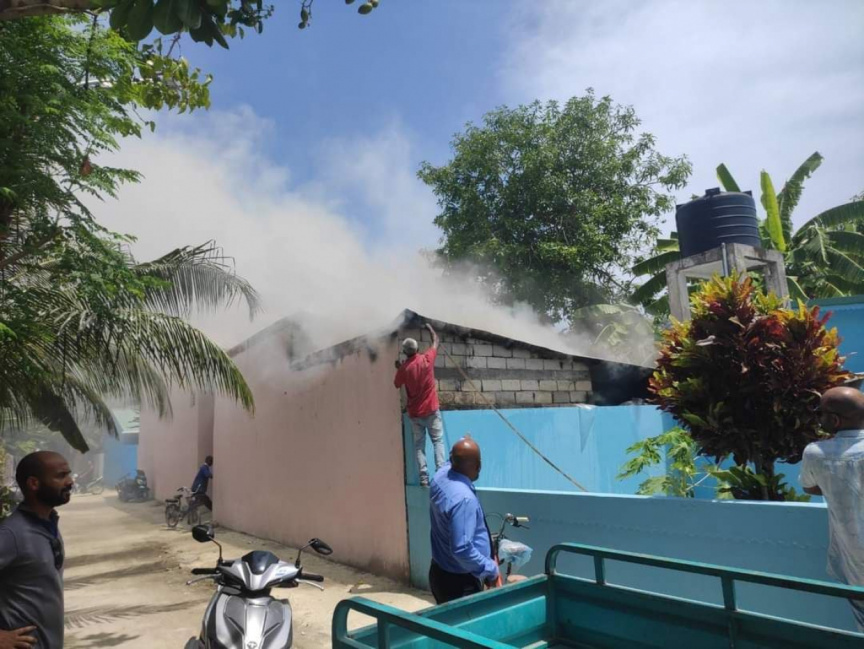 A fire broke out in a private residence in Sh. Maaungoodhoo on Wednesday, prompting neighbors to band together to put out the fire.

The incident took place at Fithuroanuge in the afternoon.

Maaungoodhoo Council’s president Adam Saleem told Sun the fire looked to have resulted from a short circuit. He said that the fire broke out inside a store room used to store electronics, located separately from the residential area.

Five people reside in Fithuroanuge. The store room where the fire broke out is used by one of the residents, who does electrical work, to store his equipment.

Saleem said the fire did not spread to the residential area.

“The fire was put out with the assistance of members of the general public,” he said.

Saleem said the electronics inside the store room had burned beyond repair in the fire.

“There was nothing that could be salvaged,” he said.

'Progress in efforts to offer equal opps for sports'